The life and times of Dlamini

Mcebo Dlamini is not new to controversy. Wits Vuvuzela takes a look at some of the key moments leading up to his dismissal as SRC president this week. 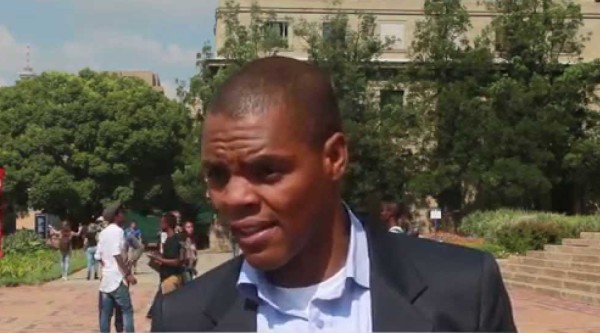 Mcebo Dlamini is elected chair of the Junction Residence Committee, and soon becomes known as a charismatic speaker with a growing following.

April 2014 – Claims to be a Sisulu as well as a genius who is studying multiple courses at Wits.

On his Facebook page at the time, ‘Mcebo Sisulu’ said he was simultaneously pursuing two degrees at Wits – an undergraduate degree in Politics (third year) and an honours degree in Mathematical Statistics and claimed to have completed two previous degrees – one in Actuarial Science and another in Nuclear Physics.

Dlamini also claims to be the grandchild of struggle stalwarts Walter and Albertina Sisulu during an interview on the day of the national elections. Speaking to Wits Vuvuzela Dlamini recounts memories of a childhood with the Sisulu’s in their Orlando West home – a house he remembers as a refuge for the children of comrades in exile, political prisoners and fugitives. He gave a similar interview to campus radio station VowFM the previous year.

Wits Vuvuzela reporters interviews Max Sisulu to corroborate Dlamini’s claims. Sisulu says that Dlamini’s claim to be a relative is false and appears to have been invented. Initially Dlamini denies
that he made up a connection to the Sisulu family. A few days later, he meets with Wits Vuvuzela and he admits that his name is, in fact, Mcebo Freedom Dlamini, and that he has no familial relation to the Sisulu family.

November 1, 2014 – Dlamini is elected as President of the SRC and assumes his office.

Running of on Progressive Youth Alliance ticket, Dlamini becomes the President of the Wits SRC.

February 2015, Dlamini faces charge of assault and of insulting a senior member of staff and is found guilty of misconduct.

Details of the assault incident have not been disclosed but appear to have happened long before Dlamini was elected as SRC president. The charge of insulting senior staff members stem from an email sent to the head of Residence Life, Rob Sharman. The two charges are combined into a single charge presented at a disciplinary hearing on February 27, 2015. Dlamini is found guilty of misconduct, given a suspended sentence of expulsion and subsequently suspended as SRC president pending an appeal.

March 2015 – Dlamini appeals the decisions against him

Dlamini appeals the decision of expulsion and asks vice chancellor, Professor Adam Habib to defer his standing down from the SRC, pending the outcome of a review of the disciplinary panel’s decision.  Habib agrees, provided that the review is completed within 14 days.

Dlamini fails to submit the relevant documentation to the Legal Office in time. Meaning that no review can occur during the time frame of the grace-period

On April 25, Dlamini posts the comment “I love Adolf Hitler” in a graphic comparing modern Israel to Nazi Germany on his Facebook account. In the same comment thread, Dlamini wrote; “In every white person there is an element of Adolf Hitler”.

The Vice Chancellor issues a statement condemning the Adolf Hitler’s comments by Dlamini. In the statement Habib mentions that he is referring “Mcebo Dlamini for investigation to see whether disciplinary charges should be brought against him in this regard”.

May 2014 – Removed from his position as SRC President

On May 4, Habib announces that SRC President Mcebo Dlamini had been removed from office with immediate effect. Habib explains that his decision is not based on Dlamini’s Facebook comments in which he declares his love for Hitler’s organisational skills. Instead, the decision was based on the charges that were laid against the SRC President in February and for which he was found guilty by a Student Disciplinary Committee.