Sibulela Mgudlwa was the 2012-2013 Wits SRC President. He shares his thoughts on the ‘I love Hitler’ comments made by Mcebo Dlamini. 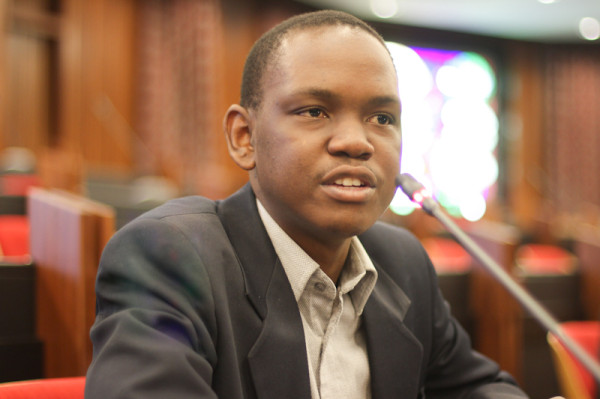 Well, Hitler was an animal who had no limits to his brutality. But one thing about the recent comments of SRC President Mcebo Dlamini about Adolf Hitler is that they have created a lot of healthy debate around many issues. But they’ve also created their fair share of retrogressive opinions joining the discourse and these must be squashed immediately.

Perhaps to be more specific, there’s a laughable notion that suggests that a love for Hitler directly translates into a love for the colonialist Cecil Rhodes. Some people have cunningly, and perhaps insidiously, introduced the idea that those who love Hitler or his style of leadership automatically love Cecil Rhodes and other white supremacists. It’s a very lazy view that seeks to reverse the gains made by the #RhodesMustFall movement. Zapiro certainly takes this view further in his recent cartoon by depicting Wits as a Hitler-loving and transformation-hating university, in direct contrast to the more “forward-thinking”, Rhodes-hating University of Cape Town. Well this is plain silly.

Lessons can be learnt from Adolf Hitler

There’s a whole lot we can learn from the Hitler and the period of history he lived in. Appreciating some aspects of that portion of history and their relevance today does not necessarily mean you’re against transformation or that you’re a raging, rabid racist intent on killing white people. We can study the energy and passion of Germans living during the Nazi era, who wholeheartedly stood behind a common cause (albeit a terrible one) and use it in our own country in the fight for radical economic emancipation of the most needy in society.

In addition to that, we can also use the Hitler period to expose the glaring hypocrisy of the Israeli regime; a country which today happily and determinedly runs their very own concentration camp which would have made Hitler beam with pride in their very own backyard. We know only too well that in Gaza the life of a Palestinian is as disposable as a Jew in Nazi Germany . The sheer barbarism of the Holocaust is a critical lesson from the Hitler legacy that we can, and must, understand; an event that should never again happen in our society.

“Perhaps the biggest lesson in all of this is that we, as varsity students, must learn to accept complex and multi-dimensional views that don’t just have one side to them.”

The Hitler legacy also teaches us how to deal with our scars from apartheid. The way Germans dealt with Hitler and Nazi symbols after his rule should serve as an educating process on how to deal with those who offend our values as South Africans.

How is it that the man who conceptualized and implemented one of the biggest crimes against humanity in history, the ‘architect of apartheid’ Hendrik Verwoerd is still celebrated by many South Africans who name streets after him and erect his statues? Verwoerd and Rhodes and what they stood for is as offensive to us as Hitler was to Germans. Surely we must be as impatient with our colonial symbols as post-Nazi Germany was with Nazi symbolism (which today is illegal in that country). We must learn a thing or four from the Germans who refused to be associated with leaders who violated their beliefs.

Perhaps the biggest lesson in all of this is that we, as varsity students, must learn to accept complex and multi-dimensional views that don’t just have one side to them. We must be able and willing to engage views that offend us with high levels of maturity and soberness. It really doesn’t help much when we retreat and hide in our stereotypical corners whenever our core beliefs are contested. Otherwise why are we in university? Lastly, we must refuse to be punished and persecuted by anyone (particularly vice chancellors) for airing views which don’t sit well with them or their friends. This is a learning space.

We are not, after all, in Nazi Germany.