The Centre for Applied Legal Studies is working with the South African Human Rights Commission using film and media, to make the public aware of their rights. 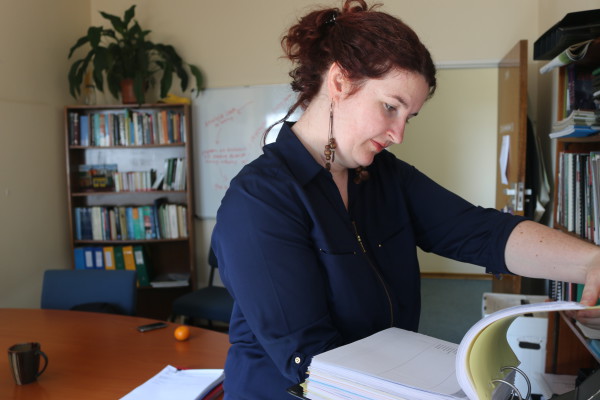 THE CENTRE for Applied Legal Studies (CALS) has embarked on an interdisciplinary film project with the South African Human Rights Commission (SAHRC), to produce a documentary called Breaking the Steel Wall.

The film project aims to use film and media as a tool for advocacy and allows for film projects to also be used as evidence in court. “Last year CALS decided to start thinking about how to incorporate alternative forms of storytelling and media into the work that we do,” said Lisa Chamberlain, the deputy director of CALS. The documentary, which is available in English and isiZulu versions, tracks the journey of communities in the Vaal, trying to access information from ArcelorMittal South Africa, the largest steel producer in the African continent, which the community feels is a big contributor to pollution in the area. In the documentary, the Steel Valley and Louisrus communities explain how the runoff from the factory water has negatively
affected the health of the community members and their animals.

“Access to information is being used by both the state and the private sector to thwart community agency,”

Apart from bringing awareness about the problems of pollution in the Vaal, the documentary also aims to educate the public about the Promotion of Access to Information Act (PAIA), the basis of which is found in Section 32 of the Constitution and allows “for the constitutional right of access to information”. Chamberlain said: “In South Africa, information is not a privilege, it’s a right.”

Chamberlain said that PAIA is a tool that helps communities to access information that might be useful for their broader struggles. “We have also produced short documentaries that we have submitted into the Marikana commission of inquiry,” Chamberlain said. “We are trying to shake it up and be a bit more creative about the work that we do. “PAIA is an enabling piece
of legislation, it is a necessary precondition to the realisation of other rights in our Bill of Rights,” she said. “Access to information is being used by both the state and the private sector to thwart community agency,” said Chamberlain.

Doing the documentary in both English and isiZulu was a conscious effort to ensure the material would be accessible to the larger population for whom the documentary is most relevant. “Our plan is to make it available in more languages than the two… It wouldn’t make sense to perpetuate the same exclusionary problems that we are trying to address.”

CALS is planning to have screenings of the documentary in the community in which it was filmed. “In the long term what we want to do is turn some of the chapters in the documentary into a format that can be shared using cellphone technology, so that it can be transferred easily without using the Internet,” she said.

The English and isiZulu versions of the documentary are available on the CALS Wits YouTube channel.