No student can say they have never had noodles before. Below is a list of 4 ways you can freshen up your noodle game. 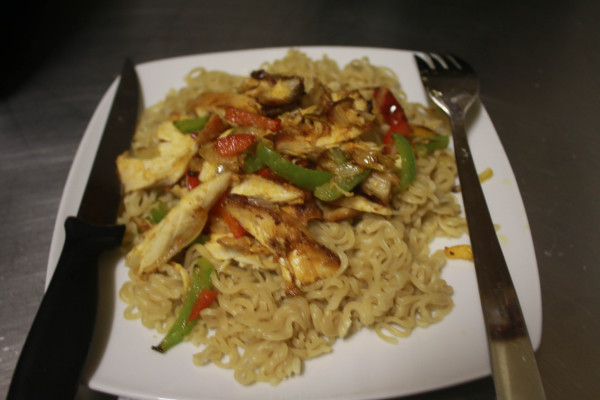 Noodles are the staple food for most students. Even though they might not be the healthiest option out there, they are quick, easy to make, cheap, and are the go-to food for students during exams. We used a cheap, 3-minute-noodle, found at a local Braamfontein supermarket for all the recipes as they are one of the most affordable brands on the market.

It’s really simple. If you can’t do it, you probably shouldn’t be at a university. Break noodles into small pieces and add noodle ‘spice’ if you wish. Eat. Done.

On the side, make your instant noodles. Serve stir fry on top noodles.

1 Russian (can replace with two viennas)

No, this recipe is not only meant for people from Russia, and no, there is no vodka involved.

Fry onions and peppers until soft. Add sliced Russians until soft. Add canned tomatoes and a teaspoon of sugar and simmer. Add tomato Russian mix to the prepared noodles. Mix well and serve.

This recipe is probably as easy as the cracking noodles in the first recipe but really tasty. Just chop this, chop that, and you are done – not rocket science.

Drain tuna (use tuna in water rather than tuna in oil – it’s healthier at least before you add the mayonaise). Add mayonnaise, salt and pepper, and peppers to the tuna. Add the tuna mix to prepared noodles and mix well.