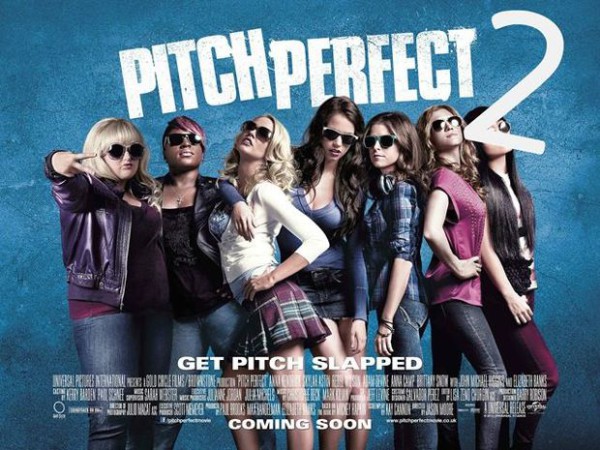 Whether the pitch will be perfect again, is what everyone was wondering going into the opening weekend of the highly anticipated Pitch Prefect 2.

Admittedly, I went into the cinema expecting to be disappointed because sequels often do not live up to expectations. But this one was different.

“Fat Amy makes her entrance in the film with an impressive rendition of Miley Cyrus’ Wrecking ball, whilst doing acrobatics in a skin tight suit”

The film starts off about 2 years from where the first version ended. The Bellas a Capella group that the film revolves around have now won 3 consecutive national championships and are at the top of their game.

Everyone’s favourite, Fat Amy makes her entrance in the film with an impressive rendition of Miley Cyrus’ Wrecking ball, whilst doing acrobatics in a skin tight suit.

This begins the sequence of events that go horribly wrong for the Bellas.

As a result, the Bellas have to win the world championships against a very impressive German group called ‘Das Sound Machine’.

The film sees, group lead, Beca’s dreams of becoming a music producer reach within her grasp, and many new, interesting and hilarious love plots emerge. The comedy is just as good as the first one, but is not to everyone’s taste – so be warned – if you did not enjoy the first one then this movie is not for you.

One of the aspects of the film that stand out is the hysterical a Capella commentators, John and Gail, played by Elizabeth Banks and John Michael Higgins.

The sequel sees the return of all the characters we loved in the first movie with a few new additions to spice things up. The movie did well at the the box office too, beating out Mad Max: Fury Road that premiered on the same weekend.

In the United States, Pitch Perfect 2 grossed $70.3 million on opening weekend. While Mad Max made an impressive, but considerably less $44.4 million.

Pitch Perfect 2 has made more in the opening weekend than what the first movie made in its entire run in theatres, it can definitely be seen as a success.

Guest appearances by Snoop Dogg, Barack and Michelle Obama are also some of the familiar faces that you can expect to see in the film.