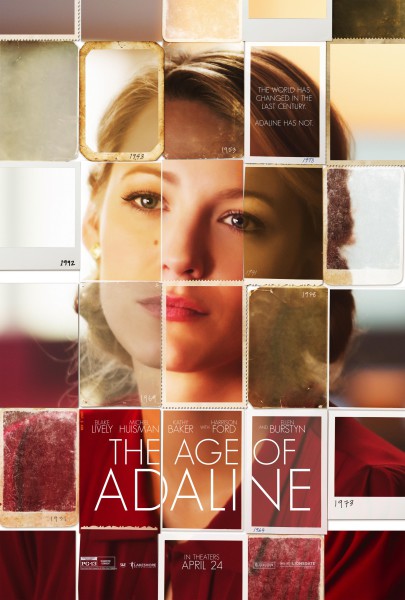 The Age of Adaline, directed by Lee Toland Krieger, tells the story of a woman who was born at the turn of the 20th century but ceases to age once she reaches 29 due to an accident.
“Film full of beautiful visuals and amazing performances. “

Adaline Bowman spends the rest of her existence guarding her secret agelessness and spends much of her life on the run as she tries to escape capture for medical experimentation.

Her secret is easily kept until she meets a romantic interest, Ellis Jones, played by Dutch actor and singer Michiel Huisman.

The story is told with a mixture of scenes from the present, flashbacks from Adaline’s life and documentary -style narration explaining her condition.

Blake Lively delivers a wonderful performance as the protagonist, never overplaying the dramatic and emotional moments. She perfectly embodies the agelessness and grace of Bowman.

Both Huisman, and Harrison Ford as his father, bring interesting dynamics to the story as Bowman’s male counterparts. If you have ever wondered if Harrison Ford still has the acting chops to amaze, this film will prove that he is just as strong as ever.

Veteran actress Ellen Burstyn also gives a strong performance as Adaline’s aging daughter, Flemming. The plot does move at a slower pace than might be desired, but it allows for the complicated history of Adaline to be understood.

Overall this is film full of beautiful visuals and gripping performances but its stength comes from a great concept that has been translated into a ‘nice easy watching’ film.