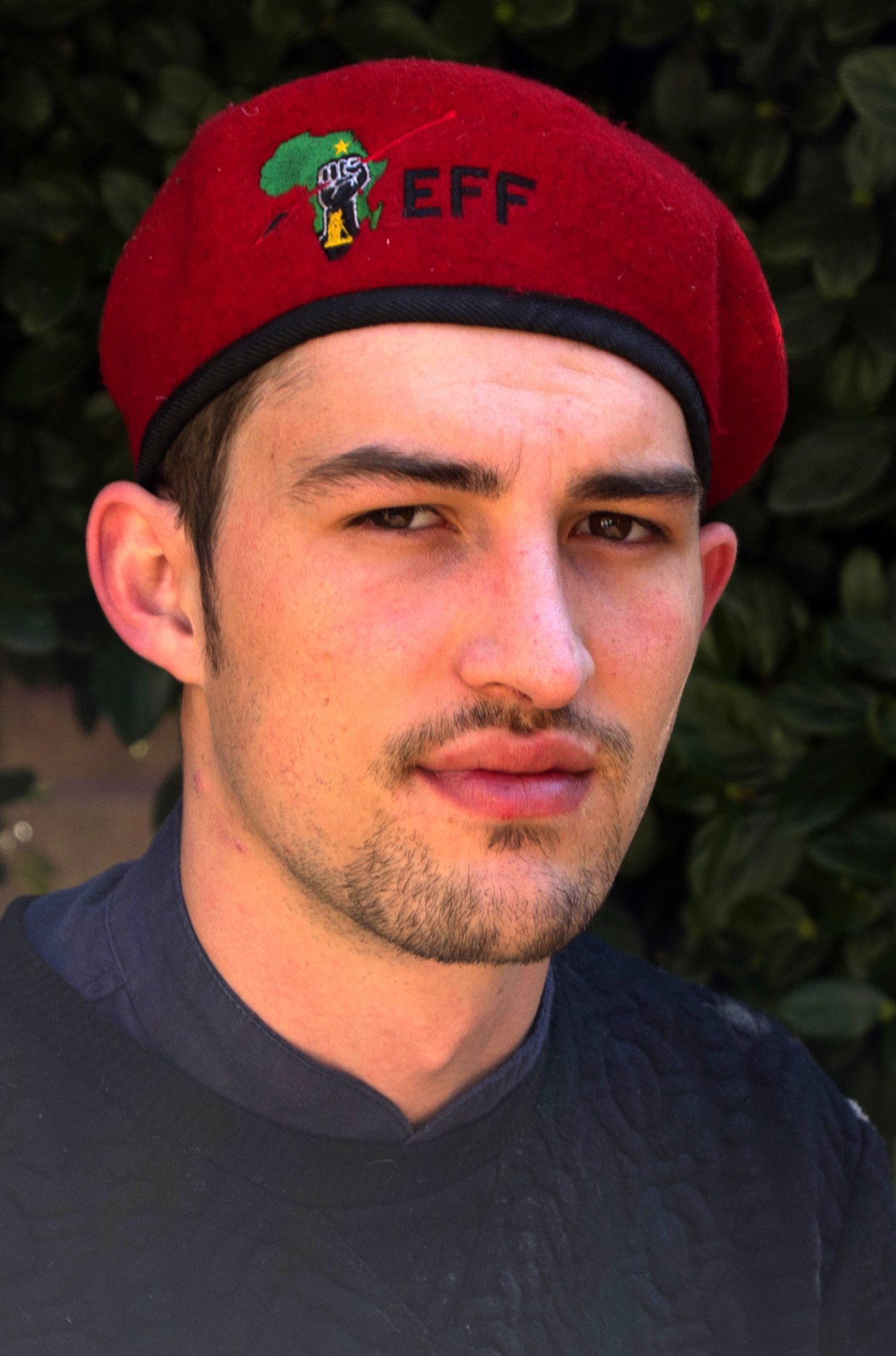 Jaco Oelofse is a philosophy and political sciences graduate from University of Pretoria. He is also an EFF member, a former Secretary General of Tuks EFF and describes himself as a feminist. He is currently doing his internship at the Wits Centre for Cultural Diversity.

You are part of the anti-racist forum at the University of Pretoria, what is your take on the call for transformation of higher education?

Firstly, we do not see transformation as a necessity, but rather as decolonisation. Transformation in my opinion is too liberal, the problem with transformation is that it just wants to cover the racial make up of an institution, fill a specific racial quota.

Whereas a decolonialisation project goes deeper to the roots of the problems that we are identifying in transformation as well. For the decolonial project is concerned with universities’ curriculums (sic) which are very eurocentric. This also includes an attitude of transformation around gender and sexuality, which includes studies of feminism and queer theory.

Speaking of feminism, you have described yourself as a feminist, what lead to that?

Well, basically I think it all started with the fact that I have a very strong mother. Even before I subscribed to feminism I had these tendencies and associations with women and their struggles for two reasons.

Firstly because I could see strength in my mother and secondly because I am queer and as queer people, we identify with sexual and gender-based oppression. So it is easy for me to understand, sympathize and empathize with women on that level.

For me, feminism is not just about equality, but freeing men from patriarchy as they are also oppressed by the standards of patriarchy. Why can’t men be who they want to be rather than what they are expected to be? Feminism is about freeing both men and women.

EFF members are often thought to be anti-white, how has your experience been, not only as a white member?

I think we must first understand how the EFF is portrayed in the media …  by a very white media. So they are portraying the EFF as anti-white.

But yes, there are certain individuals in the EFF that are misinterpreting the purpose of the EFF. We must also understand that the EFF is primarily concerned with working class issues, and when the media comes into play, we have a class issue, because the media is primarily bourgeois orientated.

The EFF is committed to radical transformation of land and unfortunately, white people control most of the land so obviously they are going to be the targets because they have been holding on to that land for 400 years and you do not want to give it up!

What about the reported cases of EFF members attacking students and a journalist?

We’ve witnessed where the EFF has been caught in situations where there is violence. I was put to investigate the situation and it came down to mostly a ‘he says, she says’. She [the journalist] claimed that it was, and they claimed that they didn’t. Although, there were some loopholes in the arguments. The investigation just died out. But in these instances it is important that we do investigate. We do not tolerate it, especially because it was a female journalist who was assaulted by a group of men.

What is your take on white privilege?

There was slavery, colonization, apartheid and economic exploitation to benefit from. Most of us still live a above, middle class lifestyle, many of us travel and some are one of the most wealthiest people in the country. I am not saying there aren’t any black powerful people, but it is still small fraction of them.

Steve Hofmeyer once wrote you an open letter, referring to your beliefs and sexual orientation as a rebellious student phase that is designed to shock older generations with something new. What was your response to that?

And I do not want to read that. But what I took from it, from what I was told is that he is a liar. He clearly has never read Karl Marx in his life. And when I say read I mean, read, not just opening a book and flipping through the pages. I did not read Karl Marx. I was reading with Karl Marx to produce higher forms of understanding.

Now if Steve Hofmeyer had actually read Karl Marx, he would’ve produced a higher form of understanding. I do not take anything that he says seriously because he has no commitment to a better life for every human being. He is only concerned about one group of people and that is Afrikaners.

Does your family support your political views?

They support me because I am their son, not my political views. We do not politically agree on many thing but they still support me. We do not really talk about politics.