Student leaders in Israel visit face expulsion from their organisations 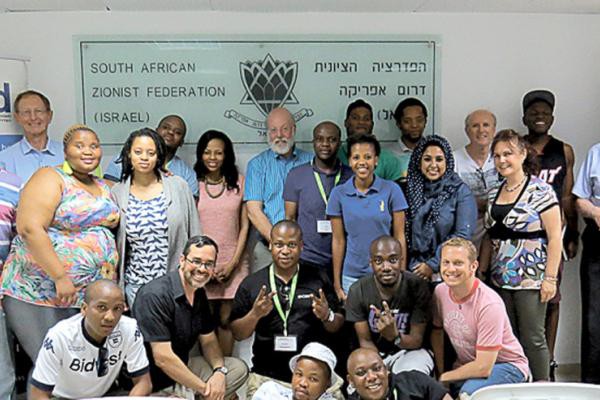 Sixteen young South Africans who went on a trip to Israel for a week have returned home to a political spat, including threats by the ruling party to “summon” them, according to an article by Cape Argus.

The South African Students Congress (SASCO) and Young Communist League of South Africa (YCLSA) have publicly distanced themselves from some of their members who went on what they referred to as an “Israel propaganda trip”.

In a media statement released earlier this week, SASCO said “we view this act by some of our members to visit Israel as crossing the picket line”.

“SASCO National Executive Committee has decided to temporarily suspend all our members who participated in this propaganda trip to Israel pending a disciplinary hearing.”

However, 3 of the 16 students who travelled to Israel on the week-long trip told Wits Vuvuzela that they have not received any communication from SASCO, ANC (African National Congress) or YCL informing them about any suspension but said they are not sure about the other travellers.

Chairperson of SASCO at Wits, Nthabiseng Molefe, said “they [SASCO] only wrote on Facebook (sic),” and “as it stands I’m still not suspended until such time when I get a formal communication”.

Mbokazi said she does not think that her position as an SRC member should “sit precariously due to an educational and religious visit” that she she embarked on in her personal capacity and not as an SRC member.

The YCLSA released a statement Saturday evening to “denounce” the 16 young delegates which they referred to as “sanction busters” that went to Israel on “bribes” … “to eat the sweet fruits that were planted on land that was stolen and grown on the blood of murdered Palestinian women and children.”

“We will follow all due process, but can confirm that our intentions are clear, we will expel corrupt sanction busters” concluded the release.

Another of the travellers, Klaas Makgomela, a former Wits student and a member of ANC Youth League, said the organisations are allowed to burn a member who commits a misconduct, but they did not commit any.

“I see nothing wrong in visiting a country that has diplomatic relations with South Africa,” Makgomela said.

According to the media release by South African Young Leaders (SAYLT), “the trip was to explore both Israel and Palestine. Historical backgrounds of both nations were presented with specific emphasis of finding out what civilians in various communities felt.”