You might know her as ‘Fab academic’, others might know her as ‘the President of Convocation during graduation at Wits. As part of our women’s month edition, #TeamVuvu  pinned down an interview with her to talk about issues that are currently affecting black women in academia. 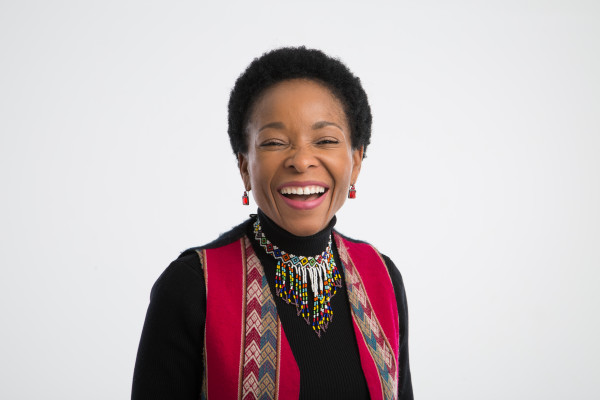 She lobes fabulous things and she is an academic.
Photo: Supplied

Mamokgethi Phakeng is a Vice Principal of Research and Innovation at the University of South Africa. Professor Phakeng is the first black female South African to acquire a PhD in Mathematics Education.  She has published over 80 research papers and currently rated as B2 NRF-rated scientist (which indicates that she has considerable international recognition).

“It’s like my stage name, if I use my real name people feel compelled to use my title, Prof. And I kept saying to people ‘don’t call me prof, just call me Kgethi’, and so I though it’s much better to say Fab academic.

Besides, I do like fabulous things and I am an academic, and that’s not a usual combination.

I believe the country has a shortage of mathematicians, especially young black women. How do we make young people excited about mathematics?

To get students attracted to maths, is to stop talking about Mathematics as difficult. Everyone talks about maths being difficult, to an extent that many people feel comfortable telling everyone about their inability in maths publicly. It’s like its cool not to have been good at mathematics when you were young. If you have nothing good to say about mathematics, don’t say it at all.

Wits Vuvuzela did a story two months back about Transformation in Academia.  In your view, what do we need to transform our higher education?

The department of Higher education has to reward real transformation. They reward Universities for producing research output, they can look at in which University where output is produced mainly by black people. You get an extra bonus, for that. So that Universities know that if they support black people and create a space for them where they can do their research and publish, they will get an extra bonus, rather than to be just rewarded for producing output.

What kind of structural problems or transformation problems that you have been exposed to, as a black female academic?

On the ground, it’s been like you have replaced one group of elites by one group of elites. And that group elites might have a different complexion but they are functioning with the same set of rules, of ‘inclusion and excluding’. I find that when we talk in Higher education, nobody is talking about ‘the women issue’. I’m a black South African women, I don’t necessary get easy access to opportunities in terms of management and upward mobility. I’m not only black, I’m a B rated scientist, but it’s much easier for a man, a black South African man who doesn’t have the rating that I have, who doesn’t have the CV that I have to get the opportunity ahead of me. And its because we haven’t started talking the women issue its usually men who are arguing for transformation and it’s almost like they arguing for themselves.