The Unite Against Corruption Coalition made a demonstration outside the Johannesburg Constitutional Court yesterday. 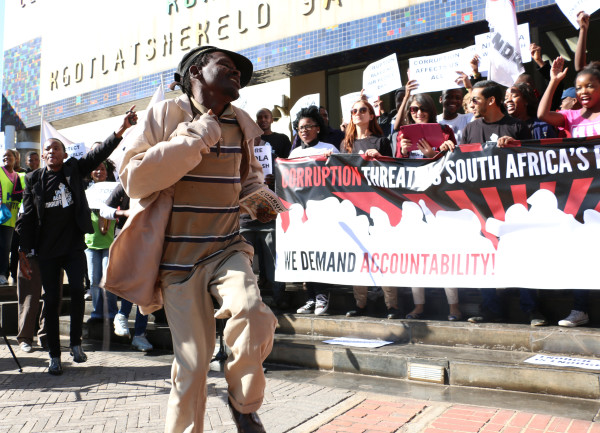 SONG AND DANCE: A man dances to the chants made by the crowd against corruption. Photo: Boipelo Boikhutso

The newly formed coalition, Unite Against Corruption, organized pickets outside Parliament and the Constitutional Court in response to Police Minister Nathi Nhleko presenting his Nkandla report to the National Assembly.

In Johannesburg, a crowd of protestors, including people from various organizations, trade unions and ordinary South Africans, stood outside the Constitutional Court. The people formed a human chain by holding hands as a symbol of the campaign’s mission, which is to defend the Constitution. 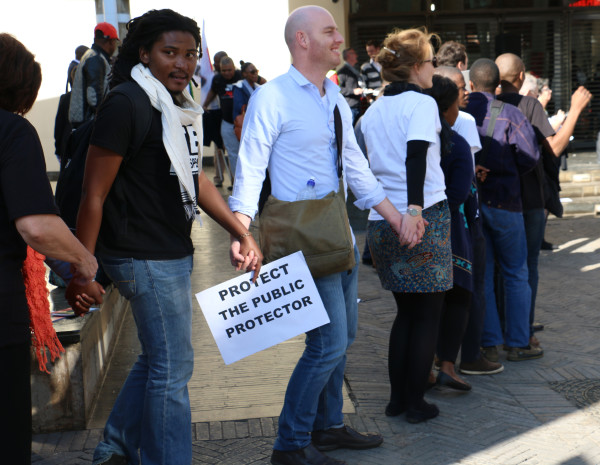 According to Mark Heywood, one of the organisers of the protest, the demonstration was not only to support social justice and to seek accountability, but it was also to argue that Nhleko’s Nkandla report was a complete “whitewash”.

The Unite Against Corruption campaign’s aim is to “bring large swathes of society to make a public stand for an end to the corruption that has eroded every aspect of our lives.” Heywood told Wits Vuvuzela that the public demands support for and respect of the Public Protector and Chapter 9 institutions.

Ntobiyebongo Tshabalala, of the Right2Know campaign, told Wits Vuvuzela that she is confident that the campaign will make a change in the transparency and the accountability of the government. In relation to Nhleko’s report on Nkandla, Tshabalala told Wits Vuvuzela: “I think they are still hiding a lot from us, we need transparency in this country.”

Different organizations, such as the Right2Know, the National Union of Metalworkers SA and Greenpeace as well as individuals pledged their support in public. These include the former general secretary of the Congress of SA Trade Unions, ZwelinzimaVavi, who made a speech in reference to the corruption in the Nkandla case.

Also present were Wits students like Tina Power, the chairperson of the Students for Law and Social Justice, a Wits organisation, 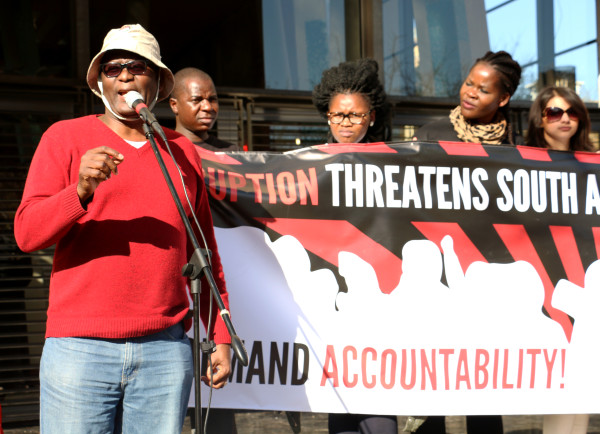 “As students it is time to take control of our future and ensure that this culture of corruption does not become a tradition,” Power said.

The demonstration was also an opportunity to mobilise and rally more people to the big march that will be taking place on September 23. One march will be held in Pretoria at the Union Buildings and the other will be held in Cape Town at the Parliament.