The Tweak of Oppi 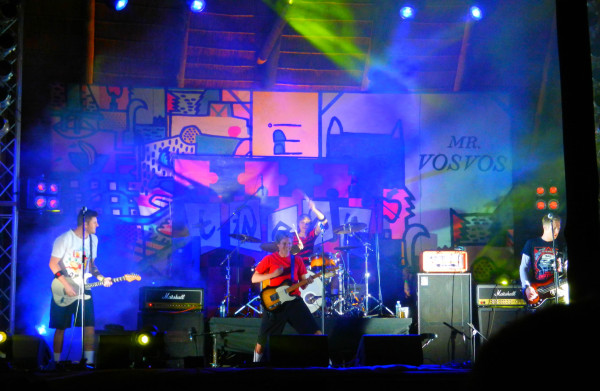 This past weekend saw over 20 000 people rediscovering the true meaning of roughing it. Oppikoppi 2015 saw the rise of new bands, some have never even been heard of, and the return of old time favourites.
One that really stood out of course was Tweak. Many of us will remember this band from our teenage years for singing songs about Christina Aguilera and Britney Spears in a hot tub, which really rocked the festival.
Oppikoppi was the stage for their big 10 year reunion. “When we realised it had been 10 years since Tweak ended we started throwing around ideas. We chatted to the guys from Oppikoppi and they we’re super keen for us to play the festival. It really just snowballed from there and now we are doing a whole tour!” according to the guys.
They confessed that “To be honest, we were terrified no one would care. When Oppikoppi made the announcement on social media the response was crazy! Everyone was genuinely excited.”
They said that the acts they enjoyed watching most was Scottish band Twin Atlantic and Johnny Clegg.Their favourite part of Oppi was, “Showering the crowd with 100 000 confetti dicks! haha! And hearing everyone scream the lyrics of the tracks back at us.”
Tweak is one of those bands that don’t take themselves too seriously and even admit to making the biggest blunders live. “We’ve made them all. The great thing about Tweak is that we never pretended to be shredding, awesome musicians. It’s about having fun and connecting with the crowd.”
Looking to the future and present not many people know that Crash Car Burn found its origins in Tweak. “Tweak was us being teenagers. We were young and stupid and it was a shit load of fun. CrashCarBurn is Garth and I growing up” said drummer Brendan Barnes referring to his brother and the lead singer for both bands.

They will be performing in Joburg again tonight the 14th of August at Rumours Lounge, for those who could not make Oppi or even for those that just want to relive the experience.The band joked that people can expect “All the hits, a healthy dose of nostalgia and a hangover.”