A break  down of the Wits rules of suspension and inquiry

Vice Chancellor Adam Habib has come under fire for swiftly suspending seven students after last week’s SRC election debate ended in a brawl, triggering questions about what are his disciplinary powers.

There are three bodies that have decision-making powers with regards to student disciplinary action at Wits, namely the Student Representative Council (SRC), the University’s Senate and the University Council.

The SRC’s constitution is the “supreme authority” with regards to student governance affairs at Wits. Section four of the SRC constitution are the rules for student discipline. Unfortunately, most students are unware of this document, nor do they know how to access it.

In the case of the seven suspended students a number of rules may have been applied. Highlighted below are some of the rules that may drastically affect students who find themselves on the wrong side of the Wits law.

This rule states that if the vice chancellor (VC) is of the “opinion” that a student may be guilty of misconduct, he has powers to suspend the student from all university activities including attending, lectures and classes.

He also has the power to suspend the student from university residences, this includes access to the dining hall and any structures that are under the control of the university.

To enforce these powers the VC must inform the student of his reasons for the suspension in writing or in person. He must also give the student a fair opportunity to make a personal or written presentation to the VC to have this reason changed.

This rule states that if the VC or his deputy conducts an inquiry in to allegation of misconduct, they are allowed to call upon one or two staff member to help on the case.

Where it is considered appropriate the VC is also allowed to request the help of one or two student representatives.

It also states that any decision made or punishment imposed is at the discretion of the VC. He can impose punishments like warnings, reprimands, fines up to R1500, removal of student privileges and exclusions.

The VC can also appoint an ad hoc committee to undertake such an inquiry on his behalf.According to a university

Statute, if the council consult the senate and SRC they are allowed to change these rules at any time. 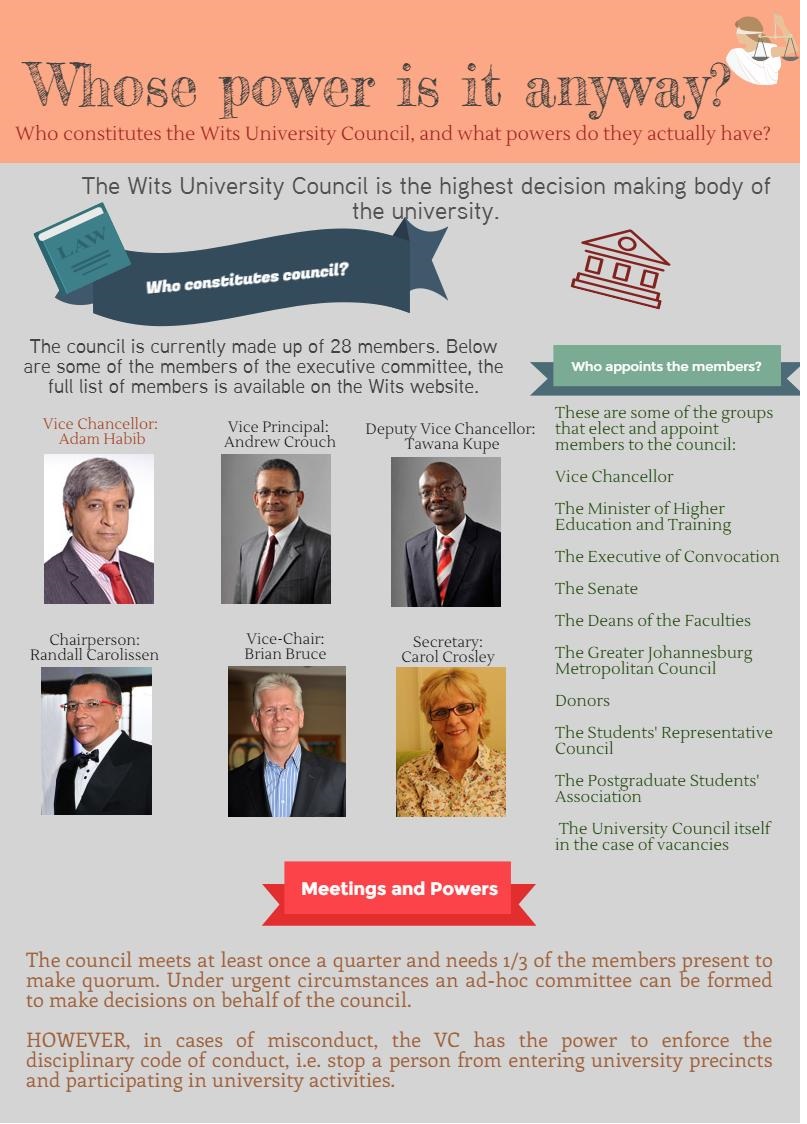