Marcel Kleinsmith proved that the untraditional combination of being a DJ and a medical student is possible. Kleinsmith chatted to Wits Vuvuzela about his passion for both med school and showcasing his skills on deck, his recent national achievements and how he tries to find a balance between both.

Whether he’s listening to beats through his headphones or a heartbeat through his stethoscope, Marcel Kleinsmith, a 4th year Wits University Medical student, proved to be a rising star on decks as a DJ.

The 26-year-old student is also known as The Medic or by his high school nickname, DJ Cheezo, which he picked up while attending Sir John Adamson High School in Johannesburg.

He recently won the nationwide Red Bull Campus Clash competition, which took place at the University of Johannesburg’s Doornfontein campus on July 31.

Having only entered the competition a night before the deadline, Kleinsmith managed to secure a spot in the finals where he battled it out against DJ’s from 10 campuses around the country. He walked away with an iconic trophy, which proved to be a rather fitting prize.

“I love the trophy!” he said. “I grew up DJ’ing on turntables, so to win a trophy in the form of a turntable, that’s just incredible,” he added. 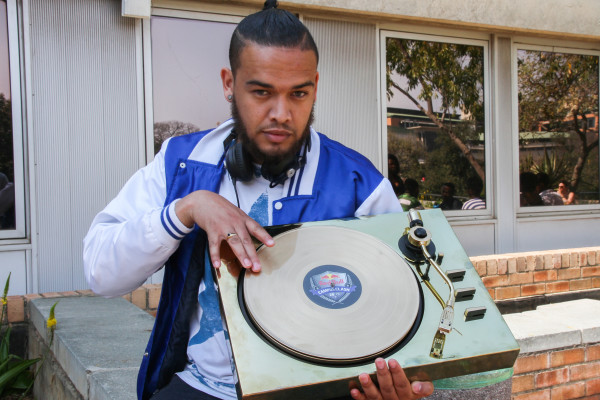 His win also earned him the opportunity to play at the Oppikoppi music festival last month, which he said was “amazing”.

Kleinsmith chatted to Wits Vuvuzela about the untraditional combination of being a passionate DJ who has always wanted to study medicine.

Studying medicine was “always something I wanted to do and I didn’t get in at the first try,” he said. He therefore studied an undergraduate degree in Health Sciences (BHSc) and graduated with his honours in Pharmacology last year.

However, his love for DJ’ing goes back longer than his medical career. Kleinsmith said he “developed a passion for DJ’ing” at 15, when his older brother, Leareil Kleinsmith brought a set of turntables home.

“Watching him play inspired me to get on there and do it myself,” he said, and added that his brother was his “inspiration.”

Kleinsmith uses DJ’ing as an outlet from the work-intensive schedule that med school presents. “You need a balance,” he said, “because when you do medicine, it’s hectic.”

However, his “main focus is to graduate and become a doctor.” He added that he is also “curious” to see where his DJ’ing career will take him.

“I really enjoy doing both, but every year med school gets harder and every year DJ’ing becomes more demanding,” he said.

“My plan is to just enjoy the ride and take it one day at a time.”

Watch a video of Kleinsmith at the Campus Clash competition here: