Wits Academics the best in the business 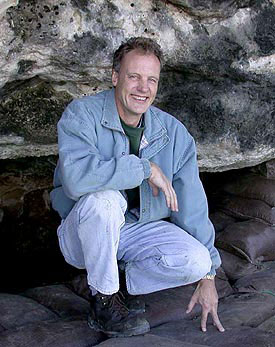 Three Wits professors were ranked under the highest in the world his past week according to  the National Researchers Foundation (NRF).

Prof Isabel Hofmeyr, Prof Christopher Henshilwood and Prof Bruce Rubidge received the highest honour of becoming A-Rated Researchers and are considered to be international leaders in their respective fields.

The NRF ranks researchers from across the world based on their recent research outputs and impact in their respective fields. The rating of academic researchers is done by committees who consist of members of academia. There is the 22 Specialist Committees who are coordinated by a convener, the executive committee and the Appeals committee.

Hofmeyr specialises in the field of Postcolonial Literary Studies. Her work deals with the ideas surrounding Africa’s intellectual place in the world and the material and aesthetic history of texts and their transnational circulation. She has won multiple prizes for her articles and books, sits on numerous editorial boards and has had fellowships in various parts of the world.

Henshilwood specialises in African Archaeology and holds a 10 year NRF-funded research chair and professorship at Wits. Henshilwood has published over 40 papers in leading peer reviewed journals, volumes and books. His work deals with evidence for an African origin connected with Homo sapiens from about 100 000 years ago. His research deals with Africa being the birthplace for the early development of modern human.

Rubidge’s research specialisation includes Karoo biostratigraphy, Basin analysis, Karoo sedimentology, Permo-Triassic therapsids, Vertebrate paleontology. His work deals with understanding the environment of the earliest land-living reptiles during the Middle and late Permian Periods. Rubidge is the director of the ESI and the Centre of Excellence in Palaeosciences. He is the grandson of Sidney Rubidge and his family even has several creatures named after it. Most of these creatures originate from the Permian period more than 252 million years ago.