Do Hunt’s clever boys have what it takes? 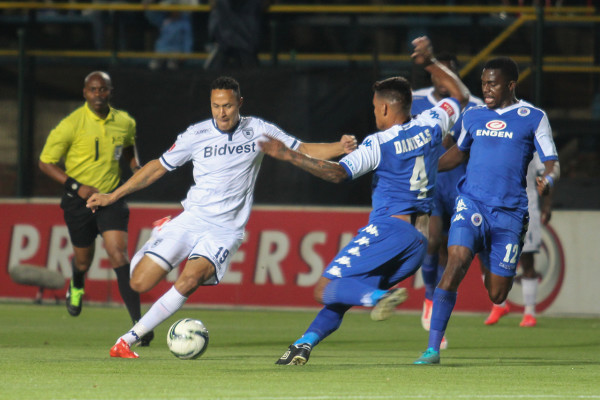 Since Gavin Hunt left SuperSport United to join Bidvest Wits three seasons ago, there has been talk that he will turn the Students into a title-contending club.

The last time the club won a trophy was the Nedbank Cup in 2010, when Roger De Sa was at the helm.

The team now finds themselves at third place on the PSL table and with a long season still ahead anything is possible.

This is what was at the back of the team’s mind on Tuesday night, when they hoped to record their third successive league victory when they hosted SuperSport United at the Bidvest Stadium.

The Clever Boys played the entire second-half with 10-men, but successfully held on to secure a narrow 1-0 win over Absa Premiership title rivals SuperSport.

Gavin Hunt’s side were in control of the match, and they looked dangerous each timed they surged forward and attacked the visitors.

Jabulani Shongwe scored the only goal of the game before Henrico Botes was sent off for foul play on the cusp of half-time.

Wits played without the suspended Siyabonga Nhlapo, while SuperSport’s Dean Furman also missed as he was still suspended after being sent off against Chiefs in the previous match.

Despite having one player less, the Clever Boys continued to create the better chances and were deserved winners on the night.

But will they go all the way?

Hunt has certainly added quality to his arsenal, spending top dollar on players Daine Klate and Elias Pelembe. Both players were part of Hunt’s SuperSport United outfit during his successful tenure at the club.

Veteran goalkeeper Moeneeb  ‘Slimkat’ Josephs may be key to any title challenge, as he has been in good form so far this season, and because the team lacks depth on the bench in the goal keeping department

The team also has star players Phakamani Mahlambi and Liam Jordan, who are both part of the national squad and are tipped to be among South African football’s brightest prospects. Veteran Henrico Botes, has always chipped in with important goals over the past few years.