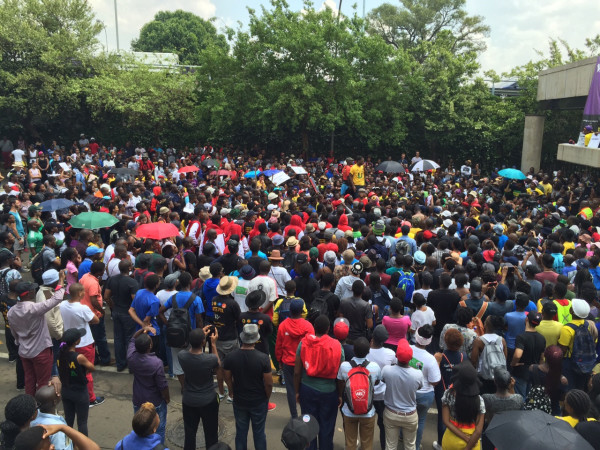 by Dana Da Silva and Riante Naidoo
Students at Wits University have arrived by the thousands as they await Vice-Chancellor Adam Habib to address them on a proposed 10.5% fee increase.
Students chanted and sang on Friday morning as more groups of students arrived from the Education and Medical school campuses. Incoming Wits SRC President Nompendulo Mkatshwa addressed the students just after the groups arrived, saying: “We will occupy this campus, we will shut down this campus because you are not greater than us”.
“We will not negotiate with the vice-chancellor,” said Odwa Abraham, a 3rd year Law student. “Until the increase is done away with, the university will be shut down,” he said.
The protest began Wednesday and has resulted in the blockading of entrances and the weeks’ shutting down of Wits.