A series on hairy, angry vaginas 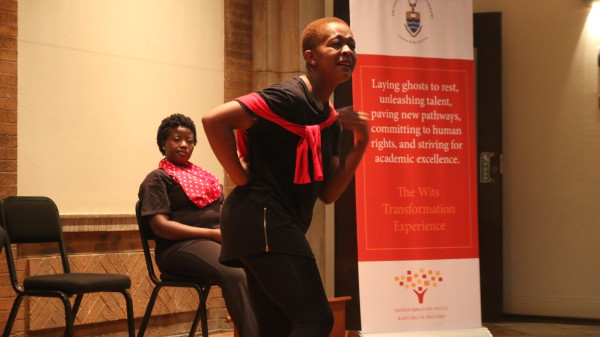 It’s time to hear and talk about the vagina, whether you like it or not. The Wits Gender Equality Office, Wits Centre for Diversity Studies and Transformation Office hosted the production, The Vagina Monologues, at the Atrium on Monday afternoon.

“The Vagina Monologues” is an episodic play written by Eve Ensler in 1994, based on interviews Ensler had conducted with hundreds of women in New York City. The production was adapted and directed by Tapiwa Moore alongside cast members Stella Dlangalala, Amanda Tobo, Busisiwe Radebe and Khanyisile Jwaha.

The Vagina Monologues is not just a play about women and their lady parts, it’s a production about the social and economic plight of this part of the women’s body. It cuts into the reality of how women can claim their power back in public and private spaces.

The cast had wonderful chemistry and managed to capture the frustration of the script; that of being a woman and being told what to do, how to act and how to treat your body. The whole room was moved and educated, and filled with laughter and cries (the sexual kind mostly). 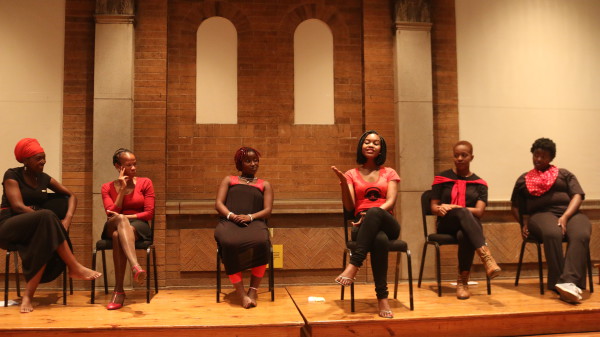 “I wanted to bring a space where women can talk about vaginas. We are always so afraid to talk about it,” said the production’s Director Tapuwa Moore.

This isn’t the first time the monologue had been performed at Wits. In 2013, actor, producer and activist, Rosie Motene and actor and director Gina Shmukler produced a benefit performance of the monologue.

Everyone should at least see the Vagina Monologues once in their life.

The organisers were collecting donations in the form of sanitary items for girls in need. You can still make a contribution until 18 March – donations can be brought to the Wits Centre for Diversity Studies (13th Floor University Corner).