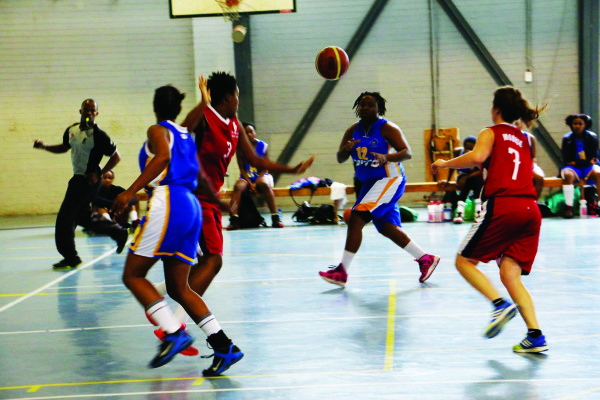 Wits Basketball ladies first team (Wits L1) got off to a good start  on Sunday with an emphatic victory over Michael Mount Waldorf School at Wits’ Hall 29.  Wits L1 thumped their Jo’burg rivals by 64 to 30, having dominated the proceedings for the better part of the game.

Even with the majority of supporters present being for the visiting team, Wits managed to end the first quarter with a resounding 10-point lead. The ladies stifled the one-sided cheering throughout the match as they posed constant challenges which proved unbeatable for the Waldorf ladies.

The Wits ladies team wasn’t particularly impressed with the performance itself and believes some elements of their game need improvements.  “We were a bit unfit, and there is a lot to work on,” said coach Willie Matlakala.

It was Wits L1’s opening match of the season, with some teams having had a run on the first round of matches last week.  In last week’s matches, the Wits Men’s team also hit the ground running with a win against neighbours and varsity rivals, University of Johannesburg, beating them 62-42.

Other matches played on the day:

On Thursday, March 17 Wits Men’s second team under division 2 is up against Braamfontein Blues at 6:30pm while Wits first team will be playing Phenoms at 8.30pm, all happening at Hall 29 A.