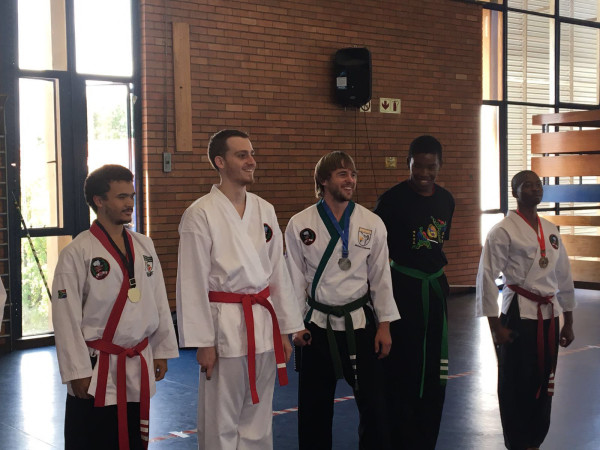 THE Wits Tang Soo Do Club won a total of 26 medals at the Tang Soo Do South African Championships last Saturday at the university’s Old Mutual Sports Hall. Eleven members of the club competed in the event.

The club took part in the championships alongside eight different martial arts forms from five different provinces. The Wits Tang Soo Do club did well in the different categories that they competed in.

MSc Chemical Engineering student Muimeleli Mutangwa, a white belt participant who competed in his first national competition with only six weeks of training, achieved a bronze medal in the junior belt group division.

One of the instructors of the club, Moshe Khalefi, competed in the black belt division and received two bronze medals and one silver medal.

Coach Gregory Hart mentioned that as the host university, the tournament was well-organised. Hart believes that “the club has a great future ahead and looks forward to competing in more competitions.”

Michael Shrenk, the treasurer for the Tang Soo Do club, participated in the tournament and said that the team did well.

“The intense training and preparation paid off and we certainly defended our home turf,” Shrenk said.

Shrenk also thanked the club instructors for “pulling the team together and pushing us to achieve our very best.”

Tang Soo Do is a type of Korean martial art and is also referred to as a mixed martial art. The club is coached and run by Hart and is linked to the Alchemy Health and Fitness school which was founded by Hart in 1993.