Racism, is it getting under our skin? 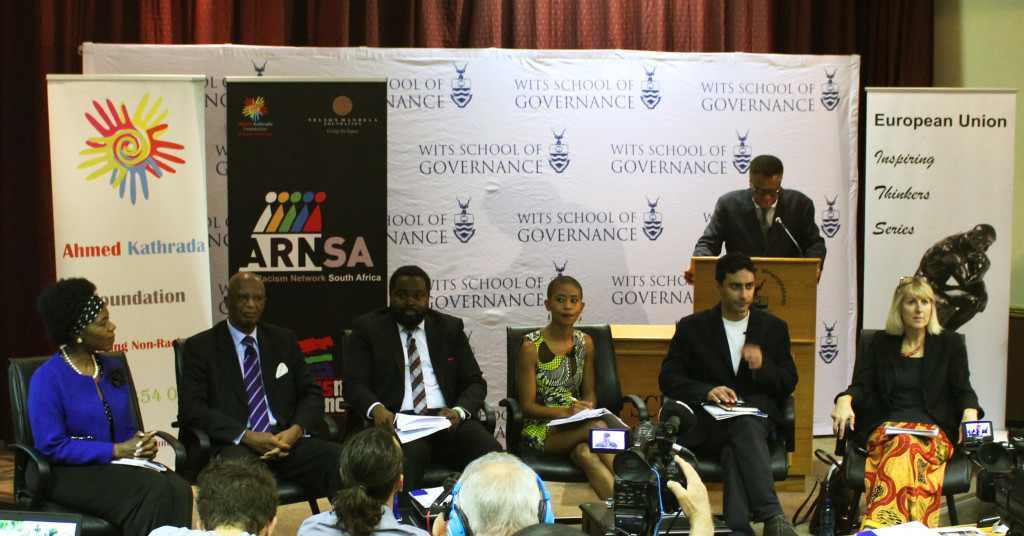 A seminar on “Criminalising Racism” took on issues such as defining racism and constitutional boundaries of the right to freedom of expression and the regulation of hate speech, yesterday evening in the Donald Gordon Auditorium at the Wits school of Governance.

Madonsela opened the dialogue  which questioned whether racism or aspects of racism, such as hate speech can be criminalised. Madonsela said she hoped that the panel would be able to define racism within its discussion.

Mahomed said that “racism filters through everybody’s life in different ways, we need to start becoming aware of our own behaviour.”

“Sometimes people are not aware that they are being racist, to criminalise something we are not aware of is jumping the gun.” Mahomed argued that criminalising racism could limit dialogue and cause it to change.

Dlakavu said that she does not think that there needs to be a discussion on criminalising racism, rather she said “white power” should be dismantled. Jallow said nobody believes racism is “okay”.

“We know racism dehumanises and destroys people and we should therefore be asking how to stop this, not whether  it should be criminalised,” Jallow said.

Jallow said that education is a key factor in addressing racism and that policies need to be put into place to protect people’s rights.

When the floor was opened for the audience to comment, Advocate George Bizos said “we should be careful about criminalising generalisations”. Sipho Singiswa, former political prisoner, said “in order for change to take place, there needs to be another revolution”.

Madonsela concluded closed the panel discussion by saying that “there is still a lot to be done. There is anger, perhaps a bit of pessimism, but there is some hope”.

“From my side, those who have started the dialogue, despite that it might whitewash things, have done it greatly,” said Madonsela. 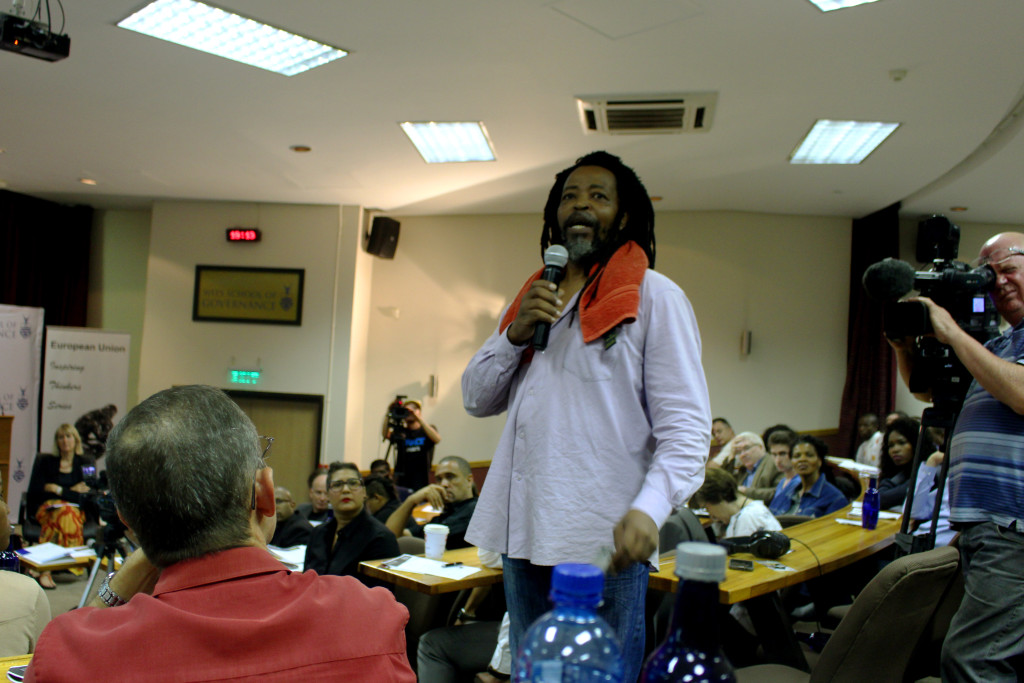 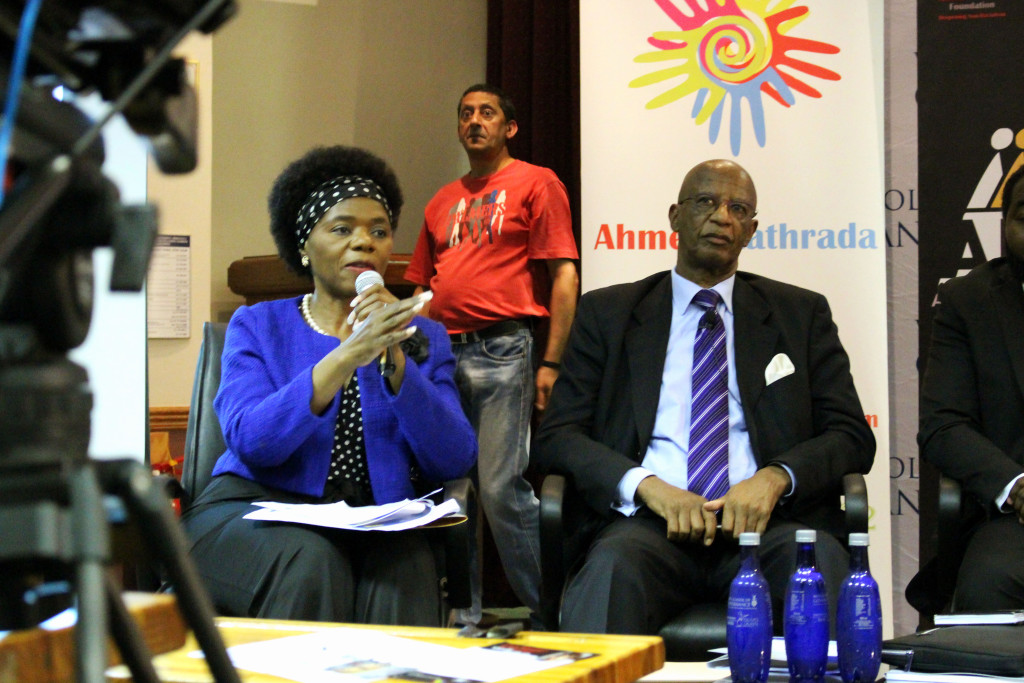 Public Protector Thuli Madonsela in conversation during the panel discussion. 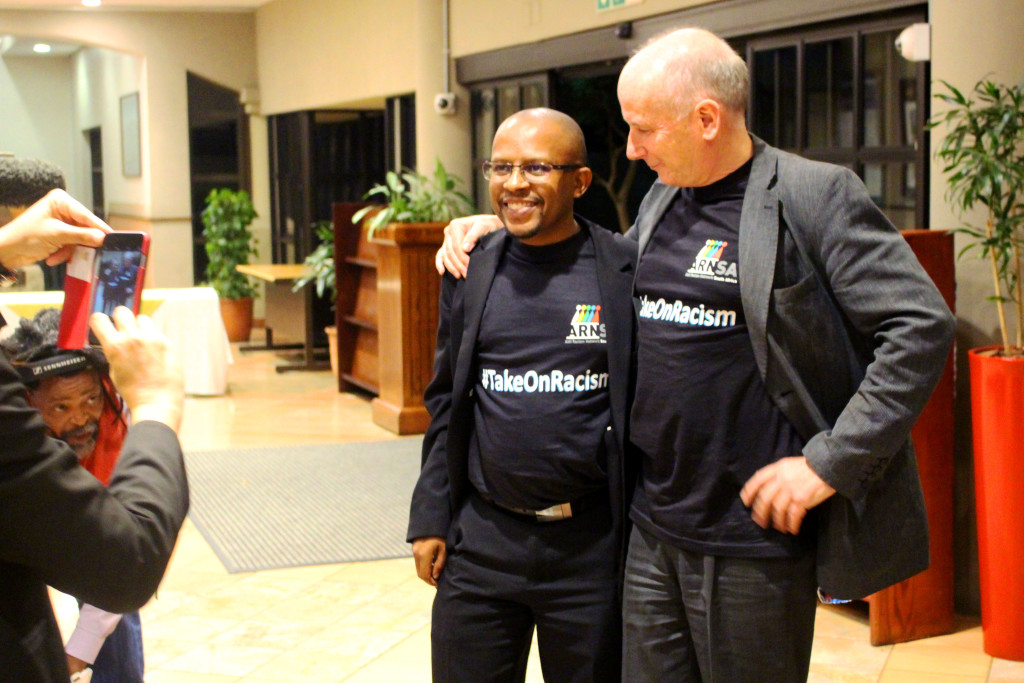