It’s hard to keep calm with the fuel price increase

The fuel price increase may have a ripple effect impacting negatively on students on a number of levels. 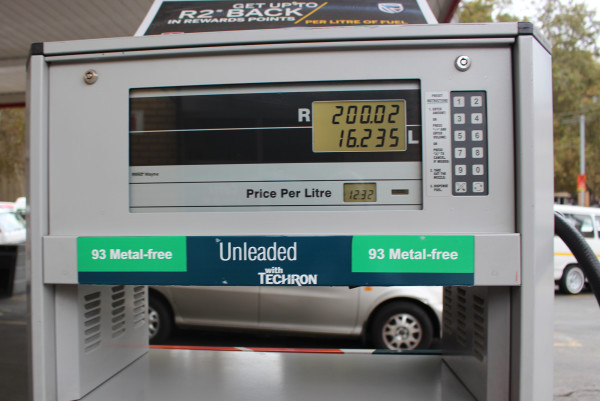 A hefty fuel increase has come into effect on Wednesday with motorists paying almost a rand more per litre of petrol in Gauteng.

Christyne Golding, second year fine arts student says, “the petrol price increase is worrying in that it does not just affect us as drivers and students it affects everything because it means food prices go up again.”
“I think that in conjunction with the drought and food price increases, students that are self-catered or in residence it is a huge problem as the repercussions are quite dramatic,” said Golding.
However, Metrobus assures students that bus fares will not increase immediately due to the spike in the fuel price.
City of Johannesburg executive director of transport Lisa Seftel told Wits Vuvuzela that the “bus fares are set annually after a public participation process.”
“The proposed bus fare increase is 6 percent [which should] be implemented in July 2016,” said Seftel.
Seftel added, “We do take into account the increase in fuel price when setting the bus fares but will not increase the bus fares when the petrol price goes up.”

South African National Taxi Council (Santaco) president Phillip Taaibosch told the Sowetan that Santaco is currently reviewing their taxi fares and would inform customers on whether or not their fares would increase.

Taaibosch said the fuel increase does affect its members but there are many factors such as taxi spares, cost of service and tyres that contribute to the increase of taxi fares.
Prof Jannie Rossouw, economist and head of the School of Economic and Business Science at Wits, said “the increase in the petrol price will impact negatively on students at more than one level.”
“Naturally fuel will be more expensive and this will increase transport costs,” said Rossouw. The increased fuel price will have a ripple effect “as fuel will be more expensive the cost of transporting goods will increase, which can result in an increase in the prices of these goods.”