A group of illustrious former Wits University student leaders and alumni have launched South African Student Solidarity Foundation for Education (SASSFE). A fund to help facilitate access into higher education institutions and to raise funds towards fees for students who cannot afford them. 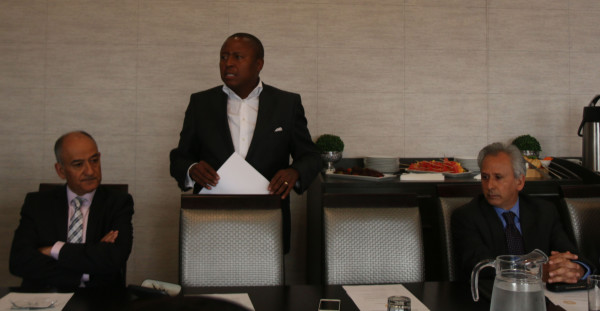 SASSFE Spokesperson and former Wits Black Student Society (BSS) President, Tiego Moseneke said that the fund was formed because they as alumni are conscious of the deep troubling education problem within our country.

“There are too many able young people denied a good education because they are poor,” said Moseneke.

The aim of the fund is to benefit those at the bottom of the rung, this according to the trustees is making sure no student at Wits goes hungry, textbooks are afforded to beneficiaries and that they have accommodation within reasonable distance to the university in order for them to succeed.

Determining who the beneficiaries of the fund will be is going to be determined by the university as they possess the information about the students who are in need of assistance.

The trustees and its management team expect the next six months to be about actively mobilising donations and making sure they have persistent and reliable donors. Thereafter, “the trustees will decide when the trust has accumulated enough resources and in a position to begin the roll-out to support students,” said Moseneke.

He added that SASSFE is not a Wits initiative but national in character and that they are actively in discussion with former student leaders in at least 15 other universities in the country. The trust’s plan is to have the same efforts shown at Wits being replicated in other universities. “The hopes are for a mass movement that will reverberate across the country,” said Moseneke.

Linda Vilakazi, one of the fund’s management members and a former Wits Student Representative Council (SRC) president, recalls a time when she was a student and could not afford a textbook for her English class due to lack of funds and had to rely on what she heard in lectures and tutorials.

“The reason we are doing this is not just about fees but understanding the multitude of needs that students who are here go through. These needs big or small have hampered their success regardless of where they come from,” said Vilakazi.

SASSFE chairperson, Archbishop Thabo Makgoba along with trustee and retired justice of the Constitutional Court, Richard Goldstone also addressed the issue of lack of access and funding in higher education and how as members of the Wits community they are in a position where they can no longer wait for government but have to assist where possible.