Students with outstanding fees will not be deregistered

Fees office confirms that payment options are put into place, and no students will be deregistered.

STUDENTS who were unable to meet a March deadline to pay fees will not be deregistered and instead being offered payment plans to help accommodate their situation. 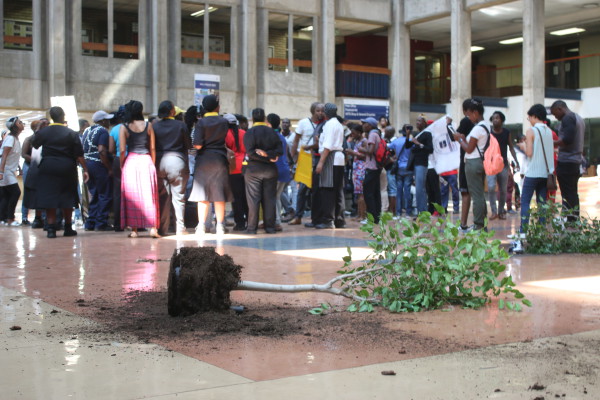 Students involved in Monday’s protest said that they were supporting the #FeesMustFall movement and were protesting because of students that had been deregistered due to lack of funds.

However, Fees Office manager, Ismail Soobader said, no student had been deregistered for this reason.

“There is no way that we [are] ever going to deregister students or block their student cards,” said Soobader.

He said that students who could not afford to pay the fees by March 31 were offered a payment option plan. The university communicated this on their website.

The acknowledgement of debt forms or the payment options allows the students to continue with their studies.

Soobader said, “We know that not everybody can afford the lump sum, that’s why we brought out the two options.”

Wits chief financial officer Linda Jarvis told Wits Vuvuzela that the issue of fees cannot be addressed to the university because the university has done all that it needs to do. The issue can now only be solved by government and higher bodies of management.

About 22 000 of Wits’ 33 000 students receive financial aid, scholarships or bursaries.