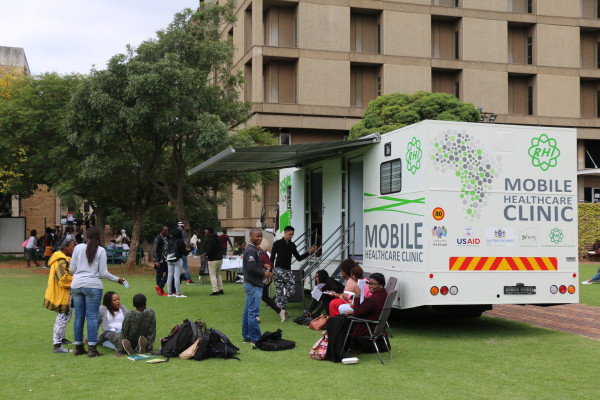 Wits RHI organiser Eric Dondolo said each day of the campaign, which began on Wednesday, saw at least 100 students getting tested with some people being turned away from the queue.

“We had to cut queues,” Dondolo said. “We can’t wait to come back for another one.”

Although the campaign was well received and saw a lot of female students getting tested outside the Wartenweiler Library on the library lawns, only a smaller number of male students were getting tested, with some saying they were uneasy about HIV testing.

He told Dondolo he is certain that he is negative.

“How do you know?” Dondolo asked.

“I play it safe all the time, but what if?” the student replied about his HIV status. “If I have it I’ll come out crying.”

After the student leaves Dondolo said you can see that people are still afraid. He attributes this fear to a lack of HIV education and the stigma around HIV testing.

Kuben Archary, an Fine Art (Hon) student, admitted that he was nervous before taking the test.

“I was nervous because I’ve never been tested before,” he said.

To calm his nerves  he joined a yoga session being conducted on the library lawns for five minutes before going for his test.

Afterwards, he got some good news, “I was negative,” he said. “I’m super relieved.”