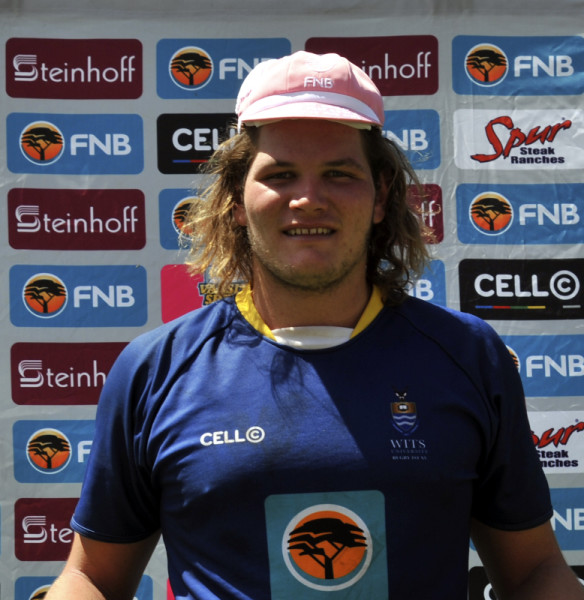 WITS MAKES BOKS:Rhyno Herbst will be playing warm up games for the Junior Boks for the next two months. Photo: Supplied by Wits Sport

Rhyno Herbst, a Wits rugby player, has made it to the Junior Boks top 36 team, the developmental team for the Springboks, it was announced last week.

Herbst, a first-year BSc student, made the initial cut which comprised of 58 players.  Out of the 58, Herbst is now part of the 36 players that have been selected to be tried and will continue to play warm up games for the Junior Boks for next two months until the final squad of 28 is announced.

“It means a lot to me and it’s something I’ve always wanted to do! I’m not yet in the side, but if I am selected for the 28 it will be a dream come true,” said Herbst.

The team announcement will be in time for the upcoming under-20 Rugby World Championships where the Junior Boks will represent South Africa in Manchester, England this coming June.

“It’s a great privilege to be part of the process for the Baby Boks selection,” said Herbst.

Herbst currently plays lock for the Golden Lions. He stated that rugby has always been a favourite sport in the family and he has been playing since an early age. He added that he enjoys all types of sports although rugby is the only one he plays competitively.

Wits Rugby Coach Hugo van As, who has coached Herbst, told Wits Vuvuzela that the Witsie is a disciplined player and the university is proud of all his achievements.