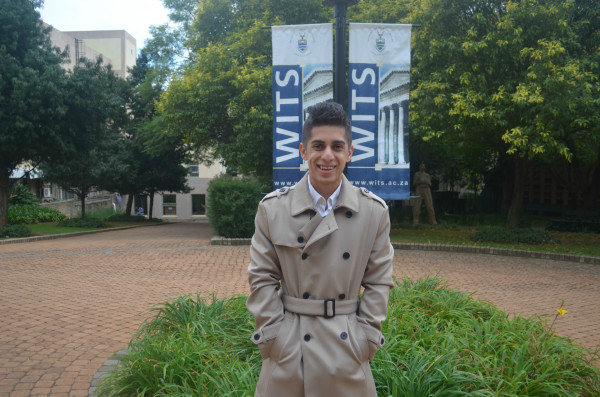 Final-year law student Zareef Minty has proven that he is a force to be reckoned with on the leadership television show One Day Leader (ODL) and is currently tied for first place in the competition.

Minty currently holds a joint first position on top of the leader board of the leadership development television show. In addition to his overall lead, Minty has led this week’s voting polls with 2 376 votes.

One Day Leader is a reality show that aims to create awareness among young leaders on important social and economic issues. The initiative seeks to develop leadership skills among the youth, as well as encourage bright young minds to address critical issues in society.

Minty has described the experience with great enthusiasm. “I have learnt so much, I have met phenomenal people from the contestants to the production team to the people we interviewed and interacted with. It has been a wonderful experience so far,” he said.

Reflecting on his success thus far, Minty said he was pleased at the growth he has shown during his time on the show. He lost his first two debates at the beginning of the show and Minty said he quickly decided that he did not want to find himself in that position again. “Seriously anything is possible with hard work,” he said.

He describes the average day on set as extremely busy but rewarding. The participants are given two days to complete each task and then prepare their debates. “Sometimes your mind goes in eight different directions in relation to the best solution,” he added.

He credits service, team work and hard work as the greatest leadership tools and said is an advocate for education.  Minty said his goal is to build three schools by the end of 2017.

The competition is in its final leg and Minty said he is geared up to assist young people’s excellence far beyond the competition. “I want young people to not be disadvantaged when they enter the corporate sector,” he said.