The transformation office, Wits Activate and CTRL ALT Gender are close to implementing gender-neutral bathrooms, a move advocates say will combat discrimination against transgender people, on campus once funding is confirmed.

“The proposal has been drafted and sent to forum and management and has been approved,” said Mabogoane. The funding for the signs is the last step in the process to making these spaces a reality.

The project co-ordinator from the transformation office, Thulani Nkomo, said that the office is working on gender-neutral toilets. Nkomo said: “We feel gender-neutral toilets are a must in the university because of the oppression, marginalisation and discrimination that transgender bodies face.”

Alaine Marsden, one of the co-founders and president of CTRL ALT Gender (CAG), an activist group on campus, told Wits Vuvuzela that “Wits has a history of trans people being attacked in bathrooms”. For this reason these spaces are “entirely necessary”. 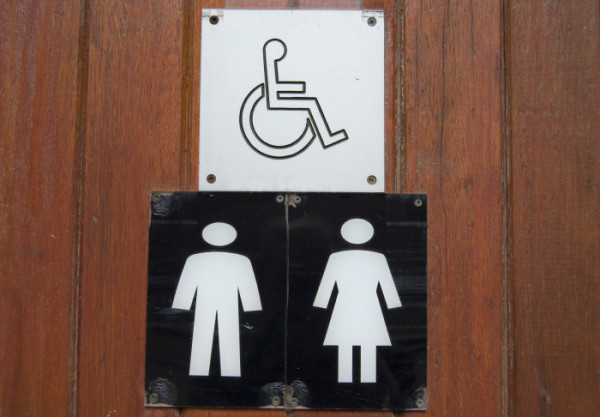 ACCESS FOR ALL: An example of a sign that will be used for the gender neutral bathrooms. These spaces will be diverse and neutral for everyone to be able to use them.      Photo: Candice Wagener

The legal officer of Activate and second co-founder of CAG, Chanel Van Der Linde, has raised the same concerns.

“It’s not like you can avoid a bathroom,” said Van Der Linde.

Fumani Mabogoane, who is the co-president of Activate and works for the transformation office, is working in collaboration with these different groups to take this project forward.

They have decided where the best place for these spaces are. “Toilets that are central and used frequently,” said Mabogoane. This would create spaces that are “diverse and everyone has access to”.

The implementation of gender-neutral bathrooms would be predominantly in main buildings on campus such as Central Block and Solomon Mahlangu House, said Van Der Linde.

Mabogoane said new structures are not being built. Some signage on existing bathrooms will be changed to create gender-neutral bathrooms. Mabogoane said he would like to make it known that, “these bathrooms are for everybody, irrespective of class, race, gender, able or disabled”.

CAG’s Marsden said: “These bathrooms are not specifically for trans people because that runs the risk of being discriminatory.”