Wits scientist is “most influential” person

A Wits University professor is on the list of Time Magazine’s 100 most influential people. 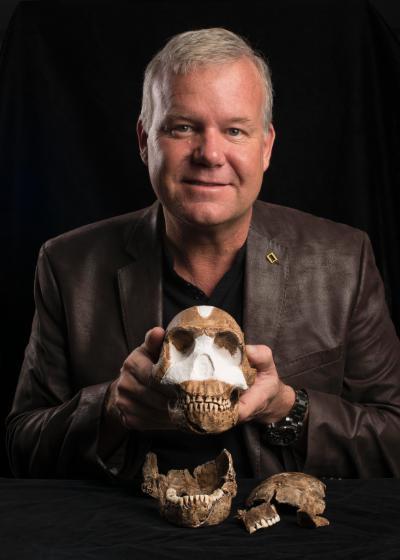 The man who led the team that discovered Africa’s single largest collection of fossils was today announced as one of Time Magazine’s 100 most influential people on the planet. Professor Lee Berger, leader of the Rising Star Expidition that discovered the bones of Homo Naledi, “rocked the fossil world”, according to the magazine.

H. Naledi, named  after the Dinaledi Chamber (Chamber of Stars) in the Cradle of Humankind where the fossils were found, are widely acknowledged as a new species of human relative.

“It is an honour to be included in the TIME 100 and a tribute to the world-class and influential science being produced on the African continent by African scientists and African institutions such as Wits University”, Berger said in statement released earlier today.

Berger added that Wits University continues to produce an impressive quality of science at fast rates that impacts science worldwide.

Time’s 100 Most Influential People list honours individuals that are shaping the world. Berger made it on to the list alongside outgoing American president Barack Obama, Pope Francis, Vladimir Putin and singer Adele.