Brand experts say that the social media buzz that that has surrounded an alleged assault of a woman by a Gautrain driver is unlikely to cause damage to the company’s brand.

This comes after the alleged assault took place in Kempton Park, where 24-year-old Iman Allie was attacked by a bus driver after they had an argument over a missed stop.

“I took my iPod out of my bag and pretended to take photos of him. He started screaming and swearing at me, hitting my arms and chest. Finally, he shoved me against the bus, and walked away as I fell over,” she wrote in a Facebook post, which was shared over 500 times. 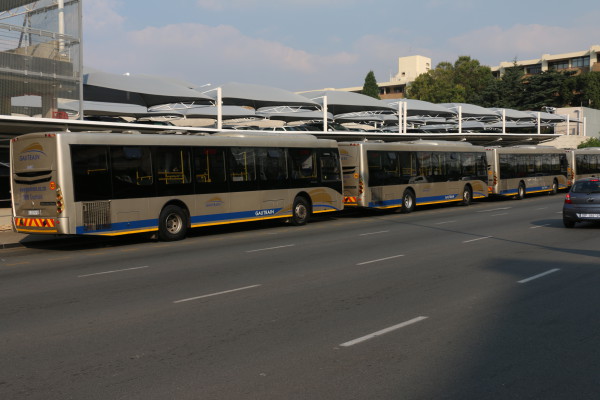 WEATHERING THE STORM: Gautrain buses parked outside a Gautrain station

“It’s not like the death of a brand”, said Botha.

Botha added that the controversy may cause hesitation among few consumers but it is unlikely to have drastic implications on ordinary operations.

“What it will do is cause maybe a few people to question the brand’s ethics, but if they are standing by the driver then that means that they support him 100 percent, causing people to be a bit torn as to what side of the story to believe unless there’s definitive proof,” he said.

When contacted by Wits Vuvuzela shortly after the alleged attack, Gautrain said, “We have been investigating the allegation made by Ms Allie that the bus driver assaulted her. She has advised that she has handed the matter over to her lawyer so we will comply fully as we do not condone violence in any form, against any individual. We call on eyewitnesses to please step forward to assist in this investigation.”

Gautrain has since responded to Allie in an email that she screenshot and posted on social media.  “They have decided, with no other proof, that his version [in which he denied the allegations] is correct and that the only allegation against him they will take note of is that he was rude so they think a fair punishment is to send him on a ‘refresher training course in communication’,” she wrote.

Botha advises that the implicated company take the necessary steps to ensure that the matter does not get out of hand.

“I think it hasn’t had a serious effect on the image,” said Botha. “ [But] it has the potential then to get out of control because once it gets onto mainstream media then it could have a longer lifespan,” he said.