Students get high on meth & tea

Wits students are taking their cups of tea with methylated spirits, which may leave some blind or dead. 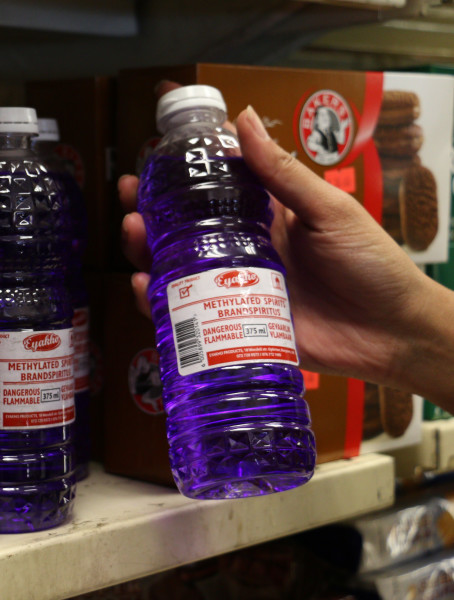 Daniel*, a consumer of the toxic concoction, prefers to start with a regular cup of tea, opting for Rooibos or black tea, with a little brown sugar. He lets the tea steep for a few minutes, before adding drops of the methylated spirits, about a teaspoons’ worth, before stirring and drinking. But, he adds, “There is no set order of mixing”.

“The first time I tried it I was not afraid because I knew people who have been drinking it,” said Daniel while five of his friends, who also drink methylated spirits, nod in agreement. They said they know ‘lots’ of other students who drink the concoction.

The mixture induces a long-lasting high, which “wears off” slowly, as opposed to the hangovers that Daniel normally experiences after a heavy night of drinking.

But the effects of the mixture are far more sinister than it appears. Prof Dean Brady, head of the Wits School of Chemistry, said that even though methylated spirits only contains about 5% of methanol, even “low concentrations can cause blindness and death if sufficient volumes are consumed.”

“The methyl violet dye is included as a warning to prevent consumption.” The dye gives methylated spirits its distinctive appearance.

Daniel and his friends who also consume the mixture complained that the price of alcoholic beverages are steeply priced for their student budgets. “On our student budget a bottle [of alcohol] and dash, [a non-alcoholic beverage], are a lot. Plus the group is big so one bottle cannot be enough.”
“The tea is easy on our budget”, Daniel explained, “tea and sugar are cheap, also you can find them at places for free. The spirit is twenty something rands.” “Sometimes I get worried that we will get sick but we slow down or take less,” said Daniel.
*Student requested anonymity, names have been changed.

Wits Vuvuzela, Drugs no longer a problem at Wits, May, 2015.