This years Ultimate Frisbee team is setting their sights on achieving goals with a new and younger squad. 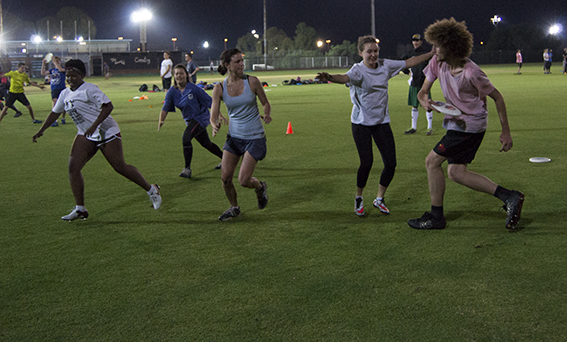 The Start to a new season

The Wits Ultimate Frisbee Team (Voodoo Kudos) has started the new season with a fresh young team and is ready to become a stronger team as it competes at the Ultimate Frisbee Nationals  2016, running from April 30 to May 2 in Cape Town

Since the beginning of the season in February, the team has been “coming together very well and a lot of the new players have grown exponentially,” said Takudzwa Chinamatira, chairperson for the Voodoo Kudos. “We are doing a lot better than we did last year,” he said.Frisbee is a seven-a-side sport played by both men and women. It is played with a disc and has rules similar to netball’s and American football’s.

Paul Nussey, captain of the Voodoo Kudos, has been playing since the beginning of last year and says this year’s team is a much younger and inexperienced team but with good leadership.He says the benefit of a younger team is that the players will be around for a few years.

One of the challenges that this team has faced has been “learning a lot in a short period of time to be prepared for nationals”, said Caroline Tobin, media and clubroom officer for the Voodoo Kudos.

A bright future ahead

“The majority of this year’s players are new and that brings a different energy to the team,” said Tobin.

The goal this year is to use the nationals as a “learning experience to learn strategies and meet new people”, said Kerisha Chetty, the most experienced member of the team, who has been playing for five years.“I’m happy with where we’re going. The team is a lot better than they think they are and I think nationals will bring out that potential, ”said Chinamatira