A play about women ruined by war at Wits Downstairs Theatre 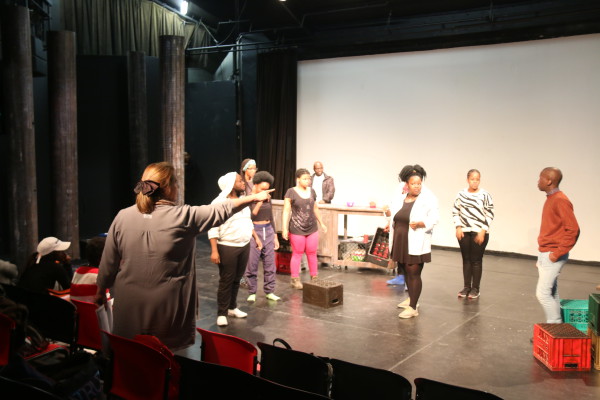 The WITS School of Arts is showcasing Lynn Nottage’s Pulitzer Prize-winning play Ruined as part of its Africa Week celebrations.

The play will launch the 2016 Wits Drama programme, which has elected to showcase several art forms that promote African cultures, traditions and heritages
for its Africa Week celebrations.

Ruined is set in a small tin mining town during the civil war in the Democratic Republic of
Congo (DRC).

“It is a complex drama about the inhumanity of war where women are the soft targets, whose lives are “ruined’,” reads its descriptor
on Artslink.

It opens on May 10 at the Wits Downstairs Theatre and is directed by the renowned South African playwright, Megan Willson. As a director, a role she took up in 1991 after working as an actress with well-known playwrights such as Barney Simon and Lara Foot.

She has written and directed over 300 theatre shows for which she has won numerous awards.

Wits School of Arts student Thabo Mokoena, who is working on the play, said it was chosen because “it off ers students the opportunity to grapple with issues facing our country including their role as artists in reflecting and questioning societal values.

It deals with the very worst of human atrocity yet also reminds us of how resilient the human spirit is, confronting us with tough
questions that demand answers.

“It is the Arts department’s desire to bring important subject matter such as this to the attention of students in the university,” said Mokoena.

The play is for students who look to be entertained, enlightened and educated.

“You will enjoy the Ruined production for its music, dramatic performance and interpretation of a compelling award winning play,” said Mokoena.

The Wits School of Arts is certain that Ruined embodies the spirit of African courage, strength and passion.

“Audiences will be treated to an unforgettable experience,” boasted Mokoena.