#FeesMustFall panel discussion takes an unexpected turn when a student accuses a panelalist of assault. 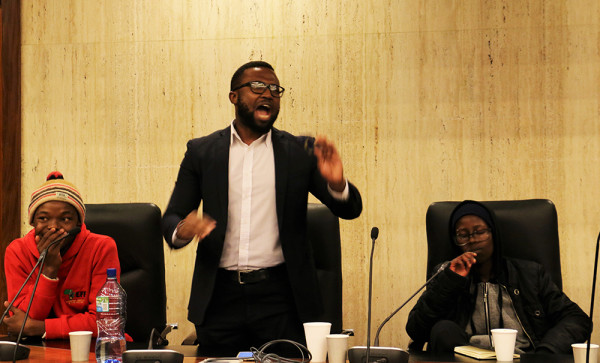 A female student has publicly accused Project W representative and former SRC Campus Wellness Officer Jamie Mighti of punching her in the face during the 2015 #FeesMustFall (#FMF) protests.

The accusation came during the #FeesMustFall reflections panel discussion on Wednesday evening. An audience member posed a question about hyper-masculinity in the #FMF movement, which Mighti opted to respond to. The aggrieved student then objected to Mighti answering this specific question and walked out.

She later returned to the room and publicly made the accusation against Mighti. “He punched me and then he apologised for it. I did not open a case or anything because he apologised,” said the student.

The chairperson of the panel discussion and member of the School of Social Sciences’ Student Council Gugu Malope tried to restore order to the proceedings. “I am going to move on from the focus on Jamie, in order to protect Jamie from the scrutiny,” Malope said to the audience.

The crowd accused Malope of dismissing the claim and protecting Mighti. The matter seemed to have settled down for a while, until another member of the audience asked the chairperson why the issue of the allegations against Mighti hadn’t been dealt with. Mighti then got up to defend himself and proclaimed his innocence to the audience.

“If these allegations are true, I am making an undertaking to you now that I will deregister myself from this university,” said Mighti. 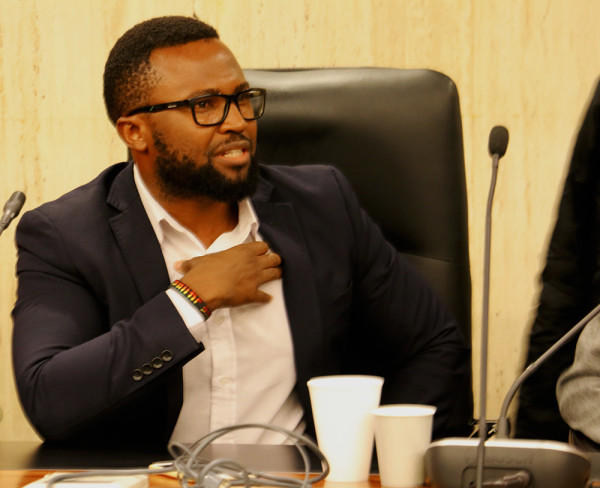 SHOCK: Jamie Mighti’s reacts to the accusations being made against him.
Photo: Mokgethwa Masemola

This is not the first time that Mighti has been accused of sexism. In 2013 Wits Vuvuzela reported that Mighti was banned from a debating tournament in Durban for allegations of sexism when he made inappropriate remarks to two females on Facebook. Mighti was the president of the Wits Debating Union at the time.

In a screaming match outside the Senate room, where the panel discussion was held, Mighti denied the female student’s version of events, but rather, that another male student had hit her. “I’ve never touched you,” said Mighti. Both parties have threatened to take legal action against each other.