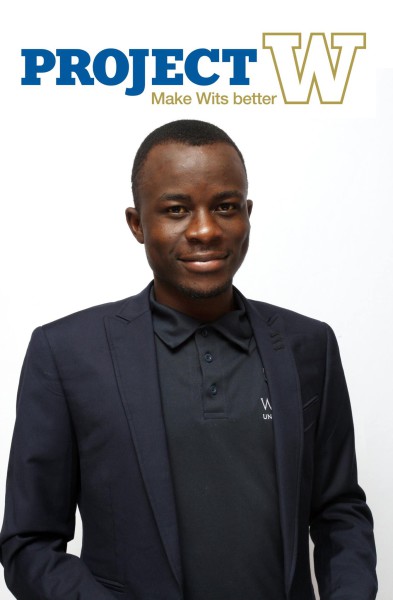 Chepiri, a third-year BSc student, had highlighted that one of the factors he wants to focus on was reducing the 75% upfront payment international students had to pay at Wits.

“Some international students do not come from rich countries and the upfront payment is too high,” said Chepiri.

The new SRC member told Wits Vuvuzela that he felt great about winning especially because he is the only international student in current SRC.

“I really thank the students who voted and entrusted me to represent them in the SRC,” said Chepiri.

He further attributed his success to the “proactive” Project W team which he says campaigned and ensured that students knew more about him and what he stood for as a Project W candidate.

Chepiri stated that he also wanted to work on reducing the failure rate of students, especially first years.

“Students are failing because the system is not considering their different backgrounds, some need to adjust to the university environment, most international students are not necessarily passing because they are smart but due to the fact that the education system they come from is more advanced,” said Chepiri.

He added that he wanted to ensure that all poor students had access to education. He said he would not only focus on international students but believed that the SRC should be inclusive and represent the needs of all students.