The Wits Mining Institute (WMI) is set to launch a new digital project before the end of the year. 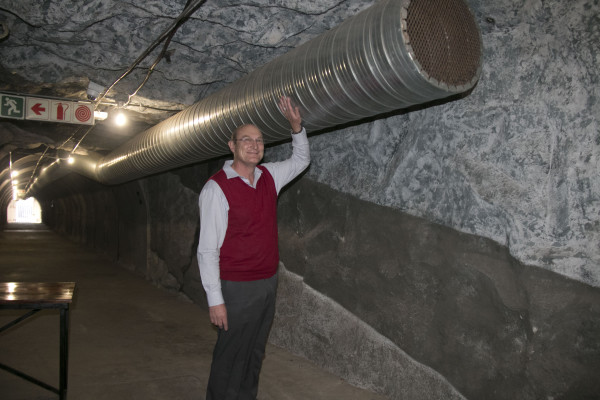 The Wits Mining Institute (WMI) is set to launch a two-part project that aims to improve safety in mines. The first, a mock mine with digital tools, is currently in use but will be officially launched at the end of the year.

The mock mine is situated in the basement of the Chamber of Mines building on the Wits University main campus and features a tunnel and digital systems. It has been installed with sensors that measure the quality of the air in order to detect dangerous gases and to indicate if a person is approaching a dangerous area. It is equipped with smart lamps that communicate messages to miners.

“If mines install the technologies we have in the mock mine, we will never again have Lily mine we will never again have a mine worker who goes to work in the morning and doesn’t come back,” said Professor Frederick Cawood, head of the Wits Mining Institute, referring to the mining disaster earlier this year in which 3 miners were trapped underground after a mine caved in.

Ten fourth-year mining engineering students were selected to take part in the project and have already worked in the mock mine.  Atang Maqelepo, 4th-year mining, said the project had helped him understand the role that can be played by digital technologies in improving safety in the mining industry while maximising production. The students are set to graduate at the end of this year with a certificate in digital mining competency, which is currently exclusive to Wits, according to Cawood.

Through reducing the risks associated with mining, the institute aims to attract more students to the mining discipline. Cawood said they aim to take students from other engineering disciplines to be part of the project next year.