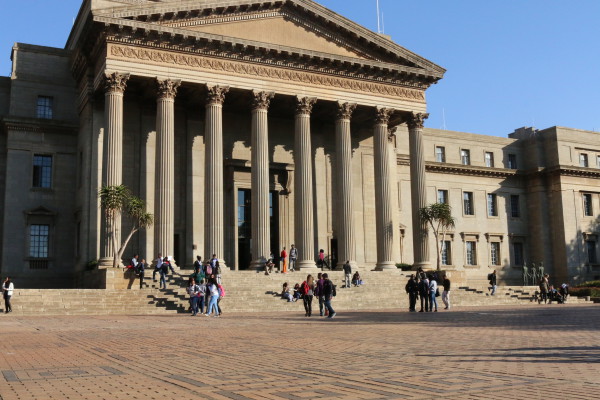 Wits Security guards hired by Fidelity Security Services were excited when they heard that there was a possibility of them getting insourced and their salaries increasing but many of them claim they have not been receiving the salaries they expected.

Workers said the confusion started when the Wits Insourcing Task Team announced that all workers of Wits service providers were entitled to earn a minimum of R4 500 from the beginning of January 2016. Workers whose salaries were less than this amount were to be compensated by a top-up payment. This amount has since been increased to R6 000 as of June this year. The security guards though, say they are still to enjoy the rewards of this decision as most of them still don’t receive the money as take-home salaries.

Campus Control Finance Manager, James Maapola said that all Fidelity workers need to first work a total of 208 hours monthly (at a rate of R28.84 per hour), in order for them to get the maximum compensation. This was confirmed by The Fidelity Contact Manager at Wits, John Skosana. But according to the guards that Wits Vuvuzela spoke to, the company is not giving them the opportunity to work the prescribed 208 hours.   The guards say that new employees are brought in by the supervisors and they cannot oppose this. Workers say this may be the reason they are not allocated additional hours.   Skosana denied these claims adding that he does not directly hire people and that makes it impossible for him to bring in any person.

Maapola said that the top-up rule was applied the same way across the board of Wits workers such as cleaners, groundsmen, dining hall catering and intercampus bus service.

“With the new R6 000 minimum salary, an email was sent late on our (Wits) part to the Fidelity Security Services and we were told that they had already met their cut-off date for paying out salaries,” said Maapola who confirmed that the workers will still get their R6000 in July, backdated for June.

Campus Control Director, Mokgawa Kobe confirmed that there have been some discrepancies with the Fidelity Security Services top-up payments. “The members have not received the R6 000 amount as agreed by the Insource Task Team at a meeting in June,” he said.

Salaries are not the only issue raised by the disgruntled security guards as they have also complained about their working conditions and the alleged prejudice they face from management. Wits Vuvuzela was unable to reach the Fidelity Security Services’ regional manager despite several attempts.