Miss Heritage SA finalist, Gloria Ndou participated in Mandela Day and did her #67Minutes because she can relate to being needy. 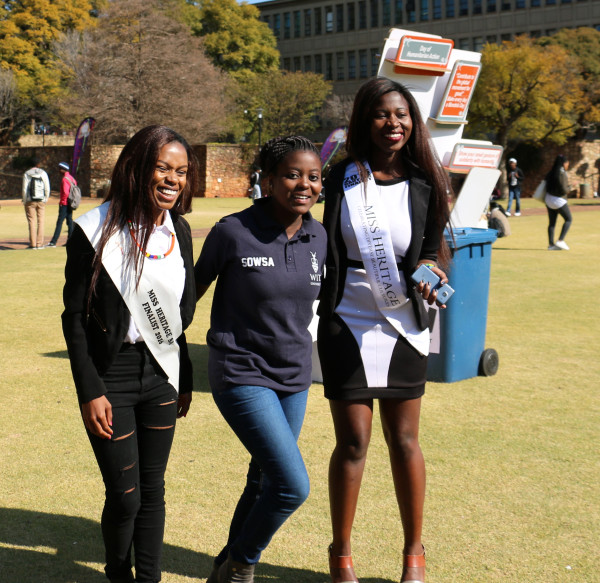 It was the memory of her own months of homelessness, and destitution that motivated second year Wits student, Gloria Ndou, to support the Wits Citizenship and Community Outreach (WCCO) programme to replenish food bank on Nelson Mandela Day this week.

“I was in a similar position [at the] beginning of this year: I didn’t have a place to stay, I didn’t have funding and my friends helped me,” Ndou said.

Ndou is a finalist in the Miss Heritage SA pageant, and she was joined by fellow contestants in promoting the food drive and handing out snacks to homeless people in Braamfontein.

Ndou said it was important for her to support WCCO and to celebrate Mandela Day because she could relate to the hardships faced by people without basic needs.

“There are people who are needy out there and can’t afford to get food and other basic needs,” she said. On Tuesday, WCCO challenged all schools, departments and faculties to donate non-perishable food and other items. On Thursday, the challenge was extended to all societies and clubs. The school, department, faculty, society or club that filled their allocated bin the most stood to win 10 tickets for lunch at the Wits Club.

Karuna Singh of WCCO said that Mandela Day was “a good way to get people to think about what else happens in the world apart from themselves and their own lives”.

All proceeds from the food bank challenge will benefit needy Wits students. “We always have to replenish stuff in the food bank,” said Singh.

Ndou and three other Witsies will compete in Miss Heritage SA next month. The winner will be tasked to bring people together to “change lives using culture”, said Ndou.