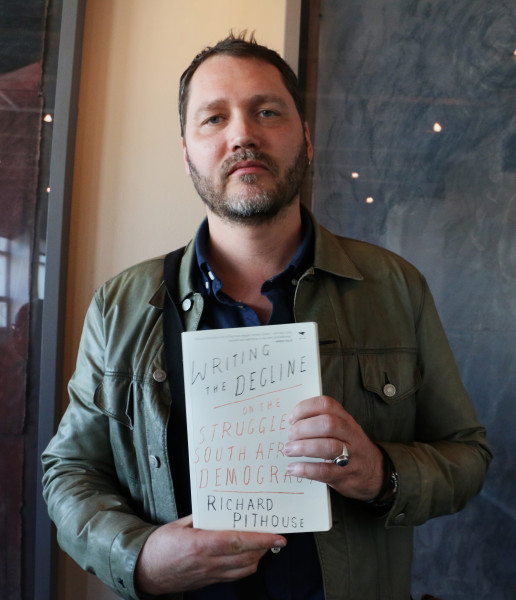 By Hazel Kimani and Mokgethwa Masemola

Writing the Decline: On the Struggle for South Africa’s Democracy is the controversial title of Richard Pithouse’s new book.

Pithouse, a lecturer at Rhodes University, was meant to discuss the contents of his book at Wiser (Wits Institute for Social & Economic Research) on Wednesday, July 20 but instead the title of the publication dominated the discussion.

Pithouse said that he himself was “appalled” by the title of the book. The book has received wide acclaim for its suggestions on how to create and understand realistic alternative possibilities for the direction in which South Africa is going to politically. “The broad conclusion of the book is clear in the title of which the second part is not mine but you will always get a title that appals you,” Pithouse said.

Dr Achille Mbembe, the respondent at the discussion, explained that the use of the word “decline”, “presupposes that we know exactly where we should be going and that we are taking the wrong path, which is leading us far away from where we are going”.

The book, a collection of previously published articles, is shaped by the violence that is experienced by “impoverished black people” in Durban as well as Pithouse’s juxtaposed experiences at Rhodes University. Writing for the Sunday Times, Eusebius McKaiser said of the book: “The collection is a fantastic interplay of activist writing, political analysis and showing off the importance of historicism when approaching contemporary problems in our society that have, not just proximate apartheid causes, but colonial roots”