Students living in private student residences in Braamfontein will join Wits EFF in a march starting at the Wits Great Hall on Monday, July 25. The march will protest the high costs of living in South Point accommodation and is the result of a petition signed by 258 residents at the end of last semester.

The Wits EFF met with the disgruntled residents on Wednesday, July 20, on the Wits University campus and resolved to hold the march as a way forward. 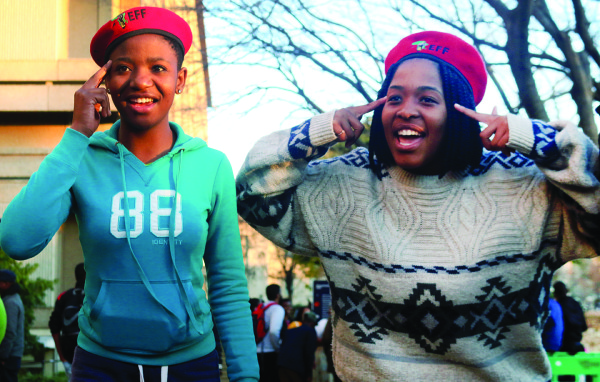 Ndumiso Davidson, chief executive officer at South Point, told Wits Vuvuzela, “South Point is 100% black owned and is aimed at low to middle income students”. Davidson adds, “I think our prices are responsible… we certainly strive to create value for money.” According to Davidson, student rooms at South Point residences are rented at a maximum of R3 700 while the top end of a Wits residence room costs around R4 500 a month.

Students also complained about additional and unaffordable charges at South Point residences including R600 for a lost key, R10 for each load of washing, R250 for a visitor to sleep over and deductions to deposits for damage in communal areas such as toilets. Other grievances included building maintenance, cockroaches and the lack of security cameras. The Wits EFF also raised the matter of cleaners and security personnel being paid under the minimum R4 500 monthly wage. According to Davidson, some cleaners and security personnel are receiving approximately R4 300 which is being revised.

Wits EFF has resolved to draft a memorandum which will be delivered to the South Point head offices after the march. The organisation say they will give South Point until Friday, July 29, to respond to their demands.