A Wits EFF member detained on Thursday following a protest against the CEO SleepOut, has been denied bail and will appear at the Hillbrow Magistrates Court on Monday, August 1.

Tsepo Goba has been charged with malicious damage to property.

Sargent Mduduzi Zondo, spokesperson for the Hillbrow Police Station said “there is a case opened against the marchers, an investigation is being conducted on the charge of public violence.” 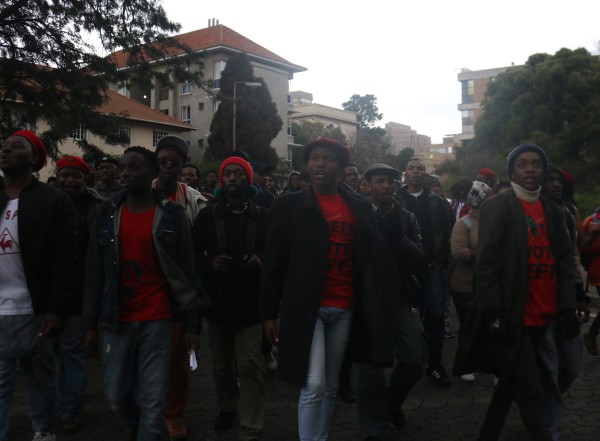 A group of Wits EFF students and others from Rosebank College, Boston College and the University of Johannesburg tried to disrupt the CEO SleepOut on the Nelson Mandela Bridge, to express dissatisfaction with the response to their memorandum to the management of South Point student accommodation.

Earlier in the week, the Wits EFF had led a protest to South Point, as part of the campaign, #SouthPointFeesSoRidiculous.

Things turned violent on Thursday night when SAPS and JMPD officers fired rubber bullets and teargas at the protesting students.

On its Twitter page, Wits EFF remains confident that Goba will be released, as soon as a legal team has been engaged to assist.

Zondo denied that two other students had been detained as reported by Eyewitness News.