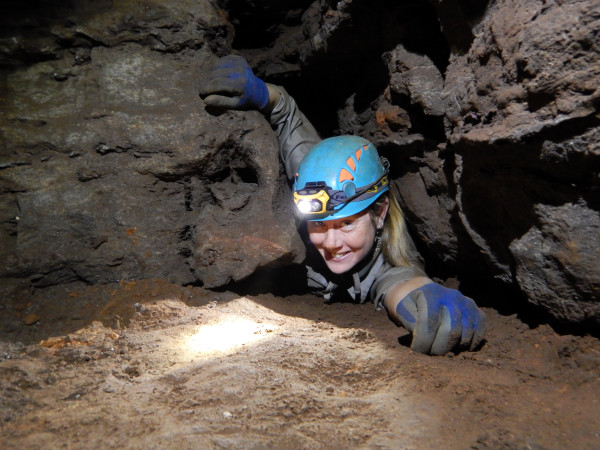 A WITS postdoctoral research fellow in Evolutionary Studies was awarded USD $10 000 by the prestigious National Geographic Emerging Explorers Programme this year, a reward she plans to use towards funding disadvantaged South African students interested in science and exploration fields.
Dr Marina Elliott is one of 13 scientists to be selected by National Geographic, among other conservationists, storytellers and innovators, who were rewarded the money to aid further research and exploration.
In an interview with Wits Vuvuzela, Elliott said that she was excited and surprised that she had been selected as an emerging explorer.
“Like a lot of kids, I grew up reading National Geographic magazine and watching the programmes on TV, and it was always fantastic to see all the amazing people and places around the world. I never imagined I would be one of those people one day, so it is still a bit unreal, but it’s an incredible honour and a thrill,” said Elliott.
In 2013, Elliot with five other explorers, collectively known as the “underground astronauts”, gained worldwide recognition for their archaeological explorations for the Rising Star expedition at the Cradle of Humankind where they unveiled the new species Homo naledi.
Elliott said that in the next few years she hoped “to continue to work on the Naledi material, both above and underground. I also hope to stay in South Africa, as I love the work and enjoy being here”.
“I want to expand the research and exploration side of my work and as I mentioned, I would like to build programmes to encourage South African youth to pursue studies in science and exploration.”