Bet you haven’t heard of these parties before …

With 200 parties registered to take part in the 2016 municipal elections, voters have more choice than ever before, including a few choices which many may never have considered.

With the 2016 municipal elections just a few days away, large parties such as the ANC, EFF and DA have all mobilised thousands of followers in shows of force at their respective political rallies this past weekend, however there are many parties which do not have such resources, and are forced to fly under the radar.

According to the IEC, there are a record breaking 61 014 candidates who have successfully registered to take part in this year’s election,  making this year’s choice for voters bigger than ever before. 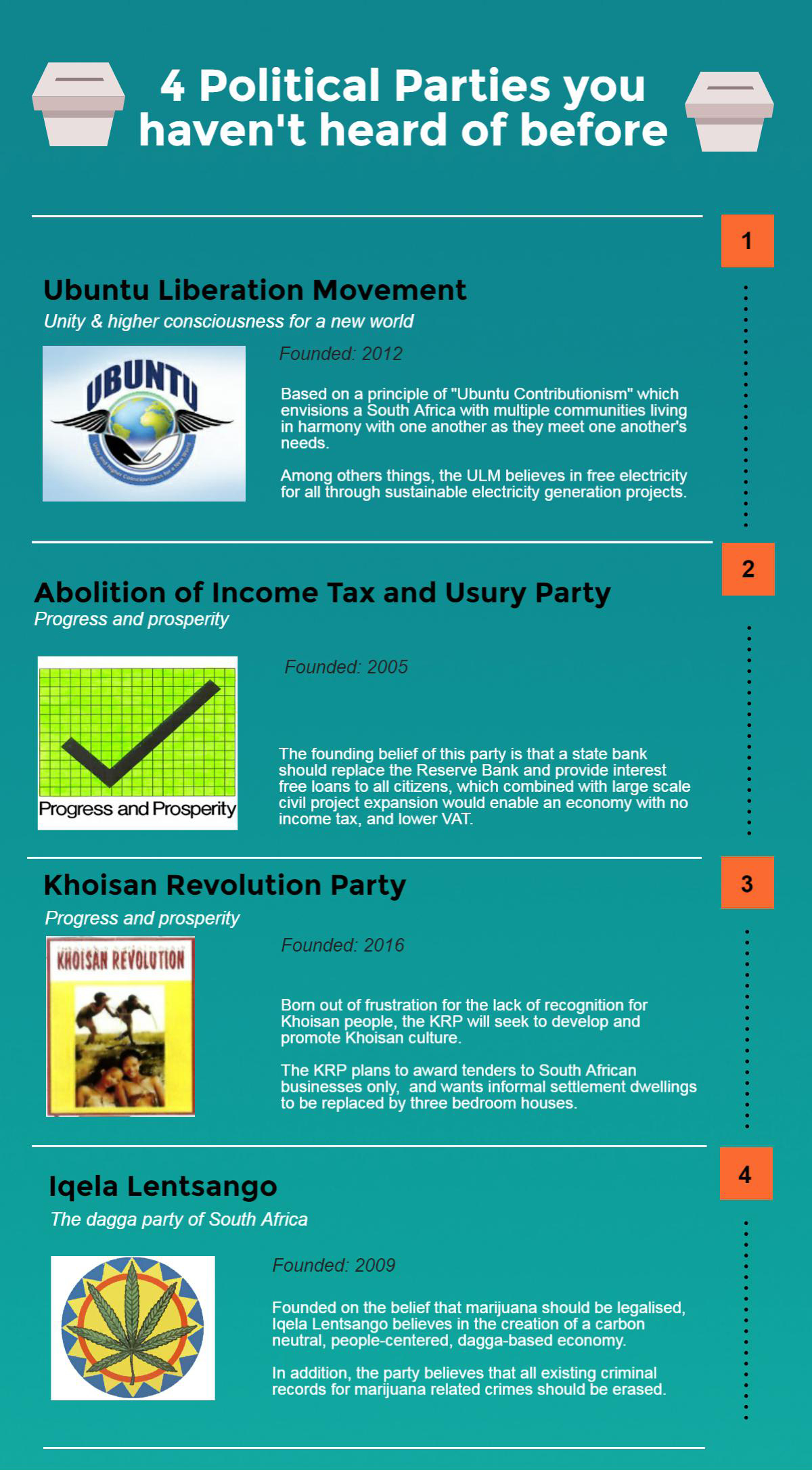