Visits by election parties to former president Thabo Mbeki’s home have been placed under severe scrutiny after the EFF top six, led by Julius Malema, visited the former president yesterday. 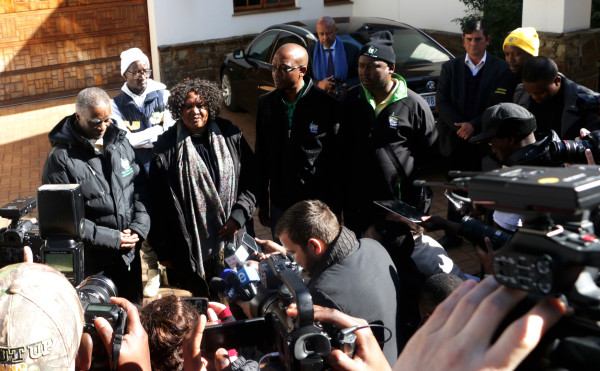 Tau, the current mayor of Johannesburg, was expected at the Mbeki residence in Riviera together with mayoral candidates Thoko Didiza (Tshwane) and Mzwandile Masina (Ekuruleni). In a post-meeting news conference, Mbeki was quick to rebuff speculation that Didiza and Masina had snubbed him saying that the two had commitments to the ANC’s election campaign.

“There’s a cut-off date in terms of the campaign, as you know, later today,” said Mbeki. “So I said that’s fine.” Commenting on his recent decision not to join the ANC’s election campaign, Mbeki said he was occuppied with engagements on the African continent and added, “the ANC campaign is in capable hands”. 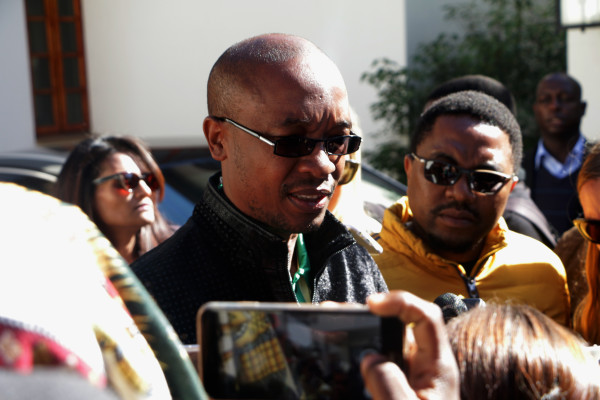 NOTHING TO DO WITH EFF VISIT: Jo’burg mayoral candidate, Parks Tau, claims visit has nothing to do with EFF leadrship visiting Mbeki the day before Photo: Lwandile Fikeni

The mayoral candidate visit to Mbeki came a day after EFF Commander in Chief (CiC) Julius Malema and the party’s top six visited Mbeki to canvass for his vote in the August 3 local government elections.