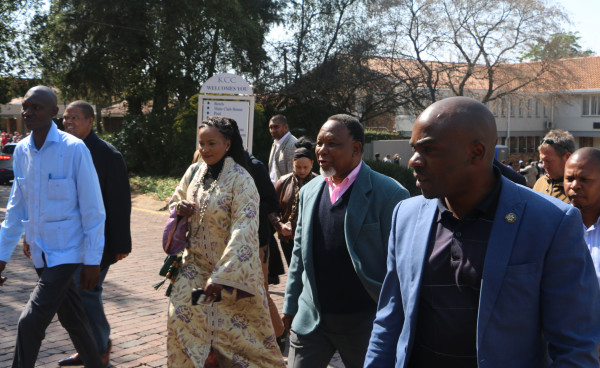 Motlanthe emphasised the importance of casting one’s vote as he waited in the queue with his wife Gugu, saying he was there to exercise his responsibility.

“It’s a responsibility of every citizen,” he said. “Do yourself a favour; go out and cast your vote.”

Motlanthe cautioned against waiting until too late in the day as station will close at 7pm.

Lots of people died for me to exercise this right

Seasoned journalist and media personality Siki Mgabadeli was a few paces behind the former deputy president. Mgabadeli said that while it was everyone’s choice to vote or not, for her it was of utmost import because “lots of people died for me to exercise this right,” she said. 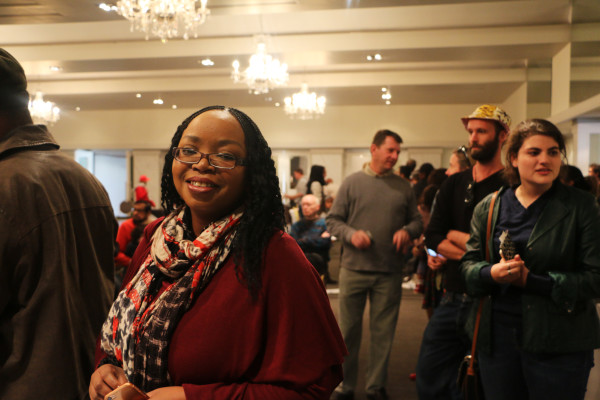 MY VOTE, MY VOICE: Siki Mgabadeli wants to make a contribution to how her city is run. Photo: Lwandile Fikeni

“I feel like I’ve made a contribution to how my city, my district is run.”

Social media personalities, Kay Sexwale and Kim Heller, were happily posing together for the media even though they were obviously backing different parties – the ANC for the former, and EFF for the latter. Sexwale said she was satisfied with her voting station (Ruimsig) and had come to Killarney to see how other voting stations were doing.

Heller was enthusiastic about the prospects of her party. “We’re seeing a lot of supporters for the EFF with lots of people coming to our table.” 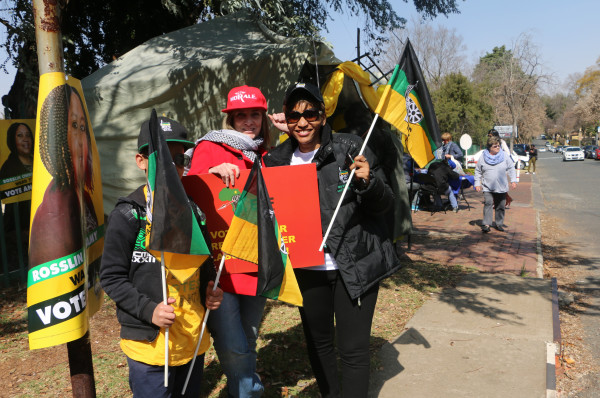