Students at Wits are indifferent towards voting, many have said that voting for change is not an ideal they believe in and after results are released, they don’t expect much change. 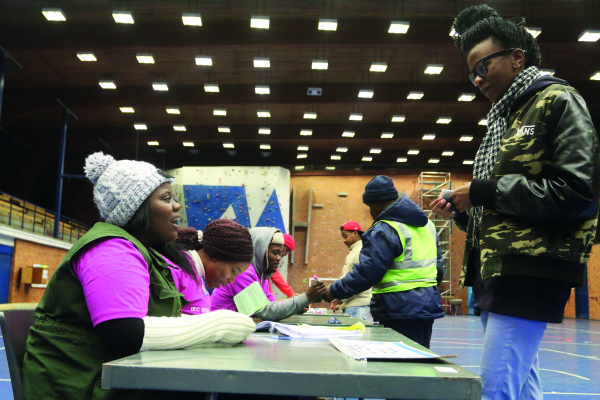 A SIZABLE number of Wits students say voting for change is an ideal that has been left in the past.
The Municipal Elections held on Wednesday left many students feeling indifferent after casting their votes. Wits Vuvuzela caught up with a few of these Witsies on Election Day to hear how they felt about voting and what they expect once the hype is over.
Wits political studies graduate, Zanele Mkhize, 25, said that as a South African youth she felt the need to vote because she is part of the people “striving for change”. Second time voter, Mkhize, said she expects change. “We want to see results. We’re tired of broken promises,” said Mkhize.
However, Mkhize said if she doesn’t see the change after these elections, she might change her attitude towards voting, “I think this will be my last vote if I don’t see change”, she said.
Aima Majola, 24, said she was initially sceptical about going to vote, and didn’t feel like “it was life-changing”. She said that she is not expecting any drastic changes. “I guess it’s because I’m a realist”, she added.
Many other students chose not to register to vote. Mathews Twala, 21, 2nd-year chemical engineering student, said he chose not to register because he feels that his needs are not addressed. His major concerns are those of education and health, but he says he knows that not much change will come out of voting. “I don’t regret not voting”, he said.
Post-graduate law student, Honest Ramogayana, 24, said he is grateful to those who gave him and youths alike the opportunity to vote, and he said he is confident that his party (ANC), will be “victorious”.
IEC election observer, Joel Tshibangu said that the process at the Old Mutual Sports Hall voting station went smoothly. Tshibangu said they were most busy in the morning between 10 and 11am.
Tshibangu said that approximately 735 votes were cast at his voting station out of a potential 2 600.

CORRECTION: In the print version of this article, it was said that 735 votes were cast, it was later confirmed that 848 were cast at the East Campus voting station.