Political parties contesting the Municipal Elections have made sure that political regalia worn by members follow young and hip
trends.

This was evident throughout the weekend at the diﬀerent ﬁnal push rallies.
The three main political parties went out of their way to get their party merchandise out.

The  African National Congress (ANC) launchedits #ReelStuﬀ campaign
on social media two weeks ago with members of the party putting on highly fashionable items, such as leather and baseball jackets, jumpsuits, dungaree dresses and head gear.
An ANC supporter at the Ellis Park rally, Gabisile Khumalo, told Wits Vuvuzela that, , “I wear my
ANC regalia to show that I am one with my party.” 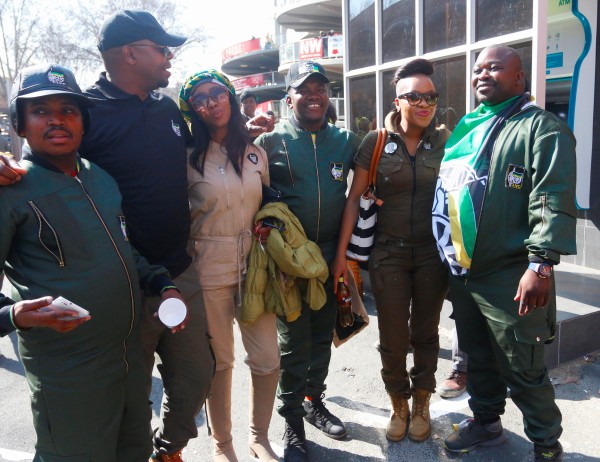 At the Democratic Alliance rally in Dobsonville on this past Saturday, a street vendor who was
selling DA-branded linen shirts and caps said she got her stock made in Mpumalanga, and was hoping
to clear the stock because she was selling the merchandise at a discount.

Economic Freedom Fighters leader, Julius Malema, on the other hand, warned voters not to accept
free t-shirts from politicians but to demand quality services.
“Don’t ask me for a t-shirt, ask me to ﬁght for a better future and ask me to ﬁght for jobs,” EWN
reported Malema saying, on the campaign trail. 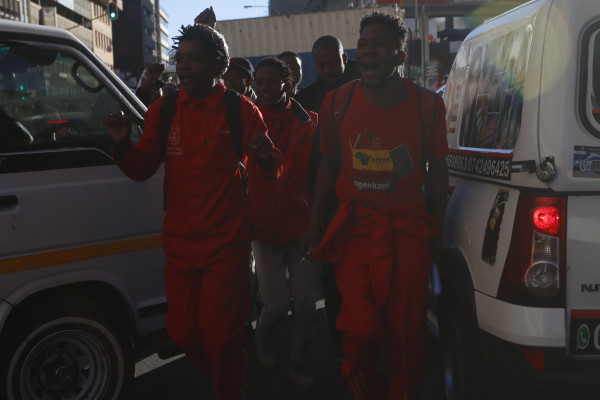 Wits vuvuzela, Is #ReelStuff cooking up some new voters? August, 2016.