Wits’ Vice Chancellor, Professor Adam Habib, has told students that future protests should be directed at the correct people. Habib was speaking at a townhall meeting on the Wits Education campus earlier today and took the opportunity to address the issue of student protests.

“I don’t make the decisions,” said Habib. “Decide who you’re going to direct your protest to, and most importantly, make a decision that you’re not going to regret.”

Habib said that if the university closes because of student protests, students will suffer the most as they are the ones that need to attain their degrees in a certain amount of time. He added that he would not be affected as much as he already had his PhD.

Commenting on potential fee increases this year, Habib said that Wits needs an income increase of 8% to operate efficiently in 2017, and that fees will therefore depend on the government’s subsidy. The vice chancellor is scheduled to meet with Minister of Higher Education and Training (DHET), Blade Nzimande tomorrow morning to discuss university fees for 2017.  Habib said that this is whom students should be directing their fees grievances at.

Phethani Madzivhandila, third-year engineering student who attended the meeting, urged Habib to push the issue of fees, otherwise the students will have no choice but to protest.

“The VC must put enough pressure on the government tomorrow, saying that ‘if you don’t do this, this is what students are promising will happen’,” Madzivhandila told Wits Vuvuzela.

“It’s not like we enjoy protesting, protesting is not fun, but they have a chance tomorrow to put out the real concerns of #FeesMustFall.” 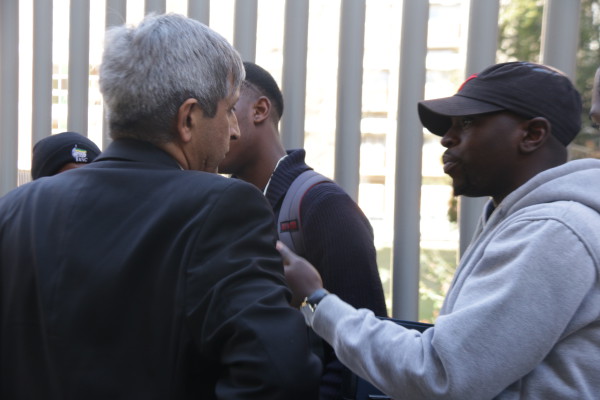 A second VC Town Hall Meeting will be held Thursday, August 18, on East Campus at the Great Hall.