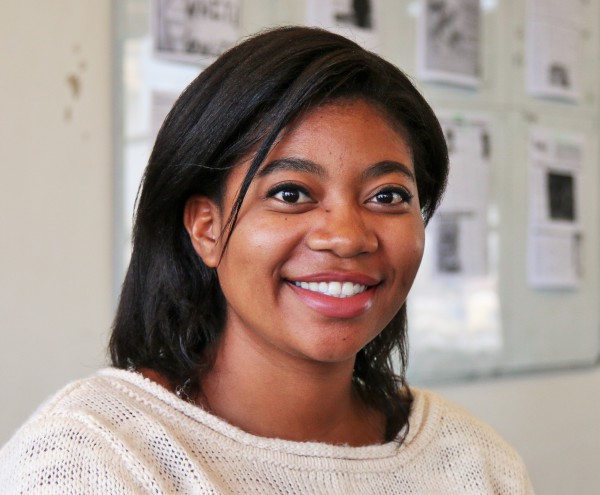 This was my first time in the TV room at res at Wits. There were three guys in there were watching what was left of an Orlando Pirates game and I decided to stay because the Sea Robbers were being thrashed. I was there for a Champion’s League game and had decided to go earlier so that I could catch the build-up.

The comment from one of the guys, who didn’t greet me nor introduce himself, left me baffled, so I didn’t reply but sat down and waited for what I came for. It was only 15 minutes into sitting through the mouth-watering Pirates loss that the meaning of his words hit me.  I had often heard the same type of comment leveled at me simply because of my gender. Apparently women cannot peacefully walk into a space and engage in sports without their understanding or participation in the field being questioned.

One cannot ignore what happened at the Rio Olympics when Hungarian swimmer, Katinka Hosszu won the women’s 400 meter individual medley and broke a world record on Saturday and was not credited for her efforts. Instead of Hosszu being acknowledged for the great female athlete she was, her husband and trainer received all the glory for making her the winner she is.

This type of logic alludes to women not being able to genuinely love sports or be good in it without having to ask for permission from men. I have gone through many processes of having to validate my knowledge of something I really love. I was once told by one guy that the reason why I had an interest in sports was because I was trying to impress a guy.

This was not the first illustration of how narrow-minded men can be sometimes. Another was of a much older guy who sat right in front me during a Manchester derby, he was a Citizen (Manchester City fan) and very vocal too. He started throwing facts about his team around and everyone sat there listening to him. “This guy, David Silva, is close to being washed and must accept that he’s old” he commented on one of the players. He then went on to say that this specific player would be turning 30 soon. I wanted to correct him but how would I do that in a polite manner? He was clearly lying to us!

One of the guys from the back of the room replied “Ai you’re lying chief, this man is young and he’s far from being washed”. The debate carried on for some time until someone asked for David Silva’s age, I tugged his shirt and said “I might be wrong but I think he’s only 26 or 27 years old”

He instantly laughed at me and said “I don’t discuss soccer with women but thanks for the effort.”  Sounds in the room erupted and some started laughing too, I was not fazed and just kept quiet. One guy then decided to Google this bit of information. Something I found stupid but they all decided to look it up and it turned out that I was right about Silva being 27, not 30.

Needless to say that this guy was really annoyed by me, just before the match ended he asked me to explain the off-side ruling decided by the referee. We disagreed on why I thought the ruling should have not been given, he sat with me after the game to watch the highlights and later conceded that he was wrong. This same guy who expected me to not know what an offside rule was and told me that he didn’t talk sports with women, now gave me the name the First Lady of Footsie – a name I have never recognised. It had to take a bruised ego and a lesson from a woman, for a friendship to be formed.

This type of hostility women get from men is not only practiced in sports or res TV rooms but is something we go through every day in all spaces of society. Patriarchy has made men feel so entitled that they feel the need to not only police our thoughts and actions but to also grant us permission of what we are allowed to love. Men have these intangible certificates that they award women with once they have passed some sort of test and women need to be grateful for being regarded as ‘one of the boys’.

These nonsensical stereotypes and boxes women are forced to fit into, might not fall away anytime soon but it is important to assert that it is okay to be female and passionate about something ‘less feminine’ and it is most certainly okay to forcefully occupy and change spaces that men think only they own.