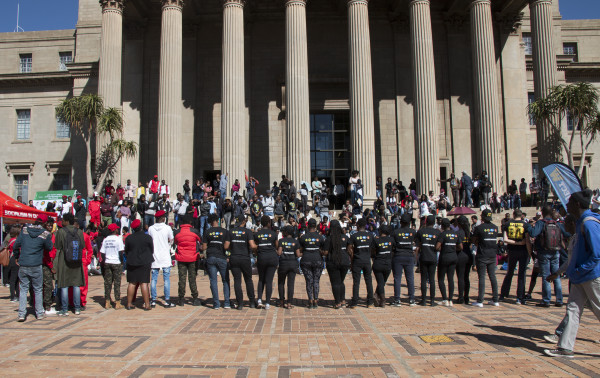 The last SRC election circus began with song and dance but soon got heated as the  The Progressive Youth Alliance (PYA) and Wits EFF clashed over who had the right to lay claim to the victory of having Senate House changed to Solomon Mahlangu.

A circus is an electioneering platform in which organisations convassing for votes can relay their manifestos to the public and also enage in debate about issues addressed in their respective manifestos. For the Wits SRC circus, which was held at the Great Hall Piazza, three organisations – PYA, EFF and Project W – took part.

The first party on the floor was Wits EFF. The organisation began by reminding those in attendance that theirs is a mandate from the students.

“From day one of campaigning we began our manifesto by listening to students and today we are here to remind those who stand in the way that our mandate is the future of the student and the Wits community at large,” he said.

Wits EFF mandate includes free “decolonial” education that is accessible to all, imunity from academic exclusion for those who fail to meet academic requirements for the first time, the abolishment of negative marking, the subsidisation of student accomodation by the national Department of Housing & Human Settlement and the deprivatisation of The Matrix and other cafeterias on Education and Medical School campuses to ensure that food is cheap for students.

Project W, who had the least number of members (five) compared to the EFF (14) and PYA (13) as they addressed the gathered assembly of roughly 300 students, emphasised that their manifesto was about creating unity and to make sure that every student is heard.

Project W Spokesperson Jamie Mighti, a fourth-year LLB student, cautioned against measuring the success of each organisation’s campaign by the noise that each received during the circus.

“We always get into the SRC because our issues resonate with students,” he said. “We’re not small time and we have confidence that we will have sits in the SRC.” 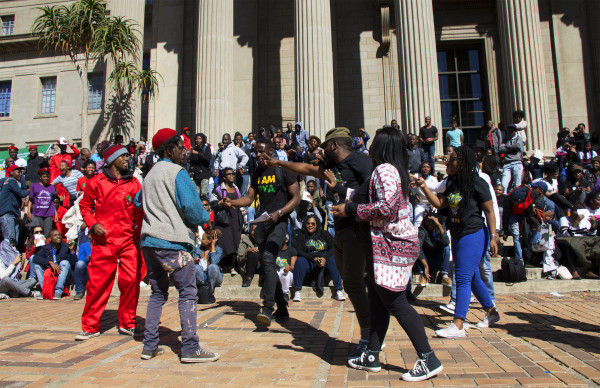 Last on the floor was the incumbent PYA who drew the ire of the EFF section of the assembly when they claimed the victory of the renaming of Senate House to Solomon Mahlangu House.

However, the organisation wasn’t fazed by the minor heckling and went on to emphasise that theirs was a seasoned organisation which had already proved to students that it could deliver.

“We’ve worked hard in the election,” said Thato Mokoena, third-year BA Philosophy and Politics student, who is one of the PYA candidates.

“We have nothing to be ashamed of. The students will decide,” he said.

The Democratic Alliance Student Organisation (Daso) was marked by their absence during the circus.

“We will release our statement giving reasons why we are not running, soon,” he said.

Voting stations are located at The Matrix, Great Hall, Education campus library, Wits Science stadium and the Law School on West campus. Each Student must bring a valid student card in order to be eligible to cast his/her vote.