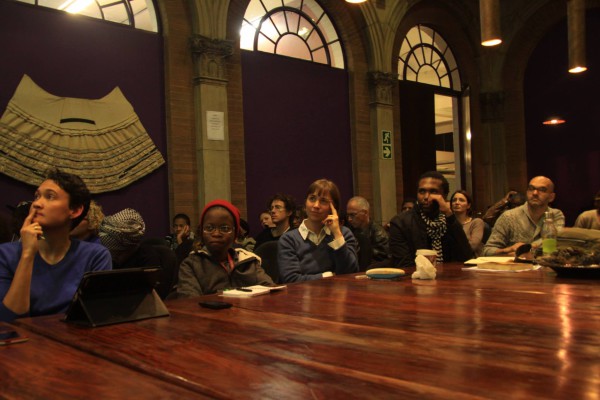 Should South Africa have universal access to state-subsidised education or should university education should be partially subsidised by the state to cater primarily for the poor?

These were the two sides to a debate hosted by the October 6 movement at Wits University on August 23.

“Fee-free decolonized education for all”, which should be “accessible, Afrocentric, geared towards social justice and equity, non-commodified and liberating”, were the ideals proposed by Mohammed Jameel Abdulla, a Fallist, social sciences student and a journalist for online publication, the Daily Vox.

but only for the poor, with subsided access determined by means-testing?

Abdulla’s stance emphasised that even though free education for all will ultimately benefit the rich, the absence of means-testing will naturally see the inclusion of the disadvantaged.

“Means-testing perverts the situation”, said Rasigan Maharajh, founding director of the institute for economic research on innovation at Tshwane University of Technology (TUT).

Neva Makgetla, sector strategies co-ordinator for the Presidency, argued that if free education is only for the poor, the inequalities of incomes in South Africa becomes evident. The solution for this proposition, Makgetla suggested, would be “figuring out how to make incomes more equitable”, which is difficult for the South African capitalist system.

Makgetla added that issues affecting the poor are not just about money particularly in this country. She noted that the university entrance is also determined by the history of the school a scholar has attended, the qualifications of their teachers and the families that they come from. Makgetla argued that universities are key to social mobility and this should be a factor in determining who funds this education.

Maharajh questioned why tertiary education is in this crisis if there is agreement with the concept of free higher education for everyone. Because we are a democracy, Maharajh said, “we should assist in facilitating instead of being told that it is not viable.”